'There will be accountability if we don't get top-four finish,' warns AmaZulu boss Zungu 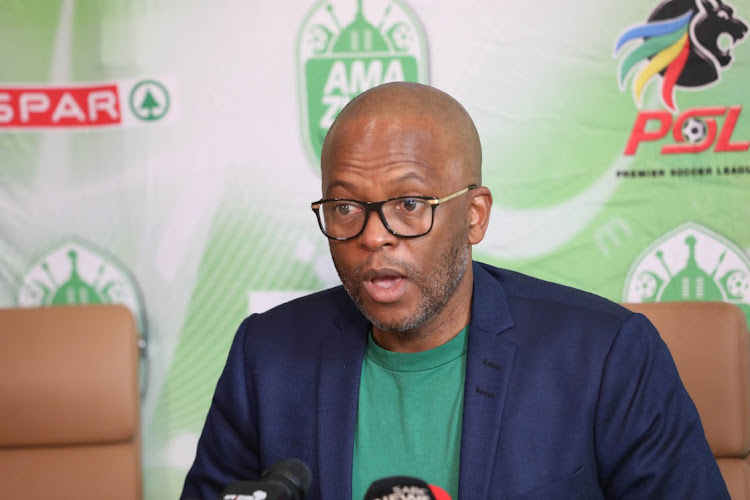 Amazulu FC president Sandile Zungu has warned that there will be accountability if the team finishes outside the top four in the DStv Premiership.
Image: Veli Nhlapo

AmaZulu president Sandile Zungu has sent a stern warning to his coach Benni McCarthy and the team, saying there will be accountability if the club fails to achieve a top-four finish in the DStv Premiership this season.

While Zungu is content with how Usuthu fared in their maiden Caf Champions League adventure, he believes their performance on the domestic front has been a big disappointment.

After the astute businessman took over the ownership of what was a sleeping giant in October 2020, Zungu brought in McCarthy as the coach and witnessed his club rising from the relegation zone to a second-place finish in the Premiership for the first time in the Premier Soccer League era.

The men from KwaZulu-Natal also reached the group stages in the Champions League where they still have one dead-rubber clash against Horoya of Guinea.

However, this season McCarthy’s charges have found the going tough as they are ninth on the log with 29 points from 23 matches. Usuthu are yet to win a league match in 2022.

“I think our performance this season, especially in the local campaign, has been way below what is expected from AmaZulu. We are not entirely happy about that,” Zungu told TimesLIVE.

“But our campaign in the Caf Champions League has been very impressive until recently when we lost two games (in a row to ES Setif of Algeria and Morocco’s Raja Casablanca).

“But we were not playing against minnows, we were playing against former champions who know what they are doing. So we are quite satisfied with our performance as it was our first entry into the Caf Champions League. We will live to fight another day.”

As the club boss wants nothing but the top-four finish at the end of the current campaign, Usuthu are six points behind the fourth-placed Orlando Pirates, who have also played 23 matches so far.

“We have seven games to get back into the top four because I really believe AmaZulu are a top (four) team. That’s what I want and if I can’t get that, then there will be accountability,” Zungu said.

AmaZulu, with five wins and four losses, are the king of draws this season as they have 14 so far.

Pirates and Stellenbosch FC are really challenging them for the status, at 11 draws each.

Kaizer Chiefs say they are "shocked" at "news reaching the club" that the Premier Soccer League (PSL) intends taking an arbitration decision that two ...
Sport
4 months ago

The battle to lead SA football supporters is heating up between two feuding organisations, the National Football Supporters Association (Nafsa) and ...
Sport
4 months ago

Cassim’s ruling broken down: Kaizer Chiefs would have been ‘reckless’ to play