It was a race against the clock, with many hurdles to jump, and they are ‘proud’ of their efforts 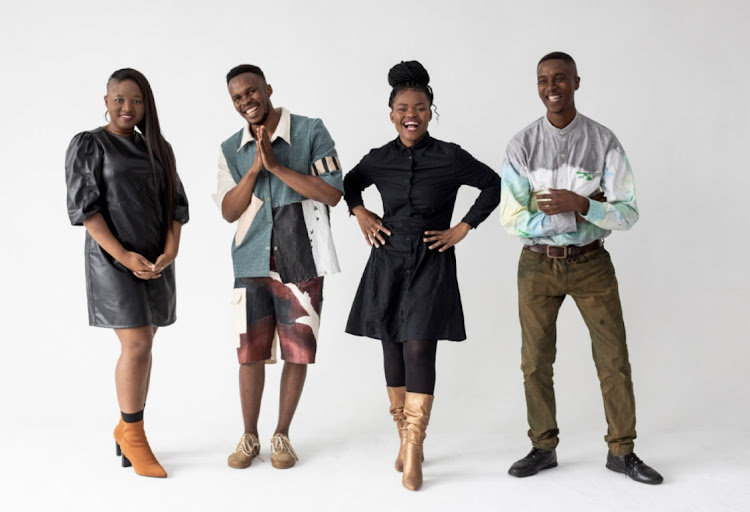 SA’s fashion police may have hated their kit for the country’s Olympic team, but the young Durban designers behind it say they are not fazed locals didn’t think their designs were lekker.

But many South Africans and internationally acclaimed local designers weren’t impressed by the ensemble of shirts, khaki pants, SA flag socks and veldskoens.

Critics said the design was too busy, didn’t reflect the rich cultural diversity of SA’s population and the inclusion of veldskoens and khaki shorts projected an Afrikaner bias.

But Sikhakhane said: “That was not even our intention. We just wanted to come up with some cool prints that people would look at and instantly want to put on. We were searching for something different, elegant and swagalicious. We wanted something that had never been seen before but also kept very simple. Of course people will find something wrong in everything. But that ‘safari’ look doesn’t mean it’s only for Afrikaners. If you go to game reserves you will see they are worn by all South Africans.”

We just wanted to come up with some cool prints that people would look at and instantly want to put on.

Lushaba told Sunday Times Daily this week that the symbolism behind their brief to reflect SA’s diversity was to choose elements everyone could relate to and not offend or alienate any section of the population.

“We were given a week to brainstorm, but it was later extended beyond that. In total we had about five designs presented to Mr Price. They then added their inputs and ideas. We ended up deciding to experiment with the protea and the big five. Nothing screams South Africa louder than the big five, right? These are our national flower and animals, and we were proud of that. We each had a lot of ideas drawn up and in the end we just had to compromise.

“In terms of the response, in anything you get people who will criticise your way. I would say the criticisms come from people not knowing the inspiration behind the designs,” he said.

“We welcome the criticisms and we appreciate those who appreciated our work. As for us, we are as excited as we were from the beginning and happy with the outcome of our work. To get to see your work in the biggest global sporting event in the world is absolutely mind-blowing and something special,” he added. 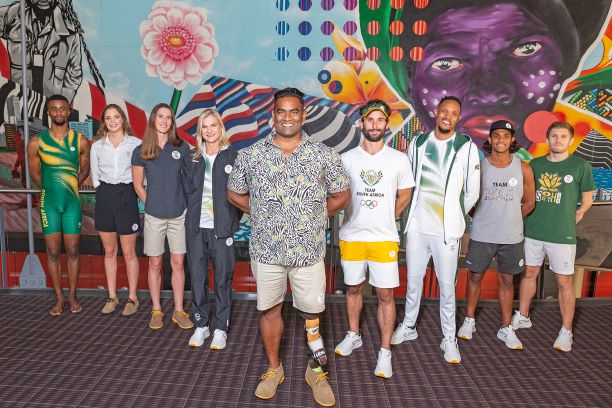 Sikhakhane said: “I took the bad criticism as a positive. I felt that there is always good within the bad from those comments on social media. Thanks to Mr Price we met the athletes and we ended up working hand in hand with them, noting what they liked and didn’t want. As a team, we sat down and tried to pinpoint how to feature all those things we made in our notes. We were all trying to incorporate something for the athletes, the country and an outfit that people would be able to purchase and wear. It wasn’t easy because we cannot please everyone.”

One of SA’s most celebrated designers, Gert-Johan Coetzee, said while he didn’t think the design worked, he celebrated that it was “made in SA”.

“There are many lessons to be learnt here. It’s beautiful what the team created and the storyline behind their concept, but they should have been paired up with a seasoned designer, someone who knows and has worked on an international arena and stage production. Then it would have been evident that while the shirt may be beautiful close up, the print was too small and so busy that it became a blur.

“The criticism the designers are facing is good and bad for them. Early on in my career I was exposed to mean comments and bad press which disheartened me, but someone told me that this is what you need to work in the fashion industry. Criticism like this can help you grow a thick skin because it will motivate you to create something beautiful the next time.”

The criticism the designers are facing is good and bad for them. Early on in my career I was exposed to mean comments and bad press which disheartened me, but someone told me that this is what you need to work in the fashion industry.

Another designer, Haroun Hansrot, said the kit lacked the “vibrancy, dynamism and colour that is so prevalent in our country”.

“I love the idea that they used young designers, but choosing the animal print is so cliché and out of trend, as if that’s all we are. We failed on the basic design and print elements on an international platform. They should have been given some advice.”

Sikhakhane said: “I’m definitely not going to stop designing. This has not discouraged me and I am sure I speak for the rest of the team when I say it was a fun, a learning experience for all of us, and there is nothing we could want to change about that. As a designer you have to accept that all your work will be criticised.”

Designer JJ Schoeman said: “My first thought was that it is super-different looking for an Olympic kit as they are dressing a competitive international sports team, so cutting-edge and inclusivity is key. They did a stunning job and delivered on the brief.

“My advice to the designers when ‘reflect the diversity’ is mentioned would be to be super-cautious of that instruction. People might be offended.”

Schoeman said he would have advised them to transform the veldskoens completely.

“This would have ensured they were totally new looking for this platform and at least not combine them with a khaki shorts, especially if the shorts are also a basic.

“Representing our country internationally is always great and promoting our magnificent natural beauty using flora and fauna is excellent for tourism and promotion. The print on the shirts is fantastic. So are the socks.”