With a third coronavirus wave certain to hit within weeks, experts call for a concerted awareness drive 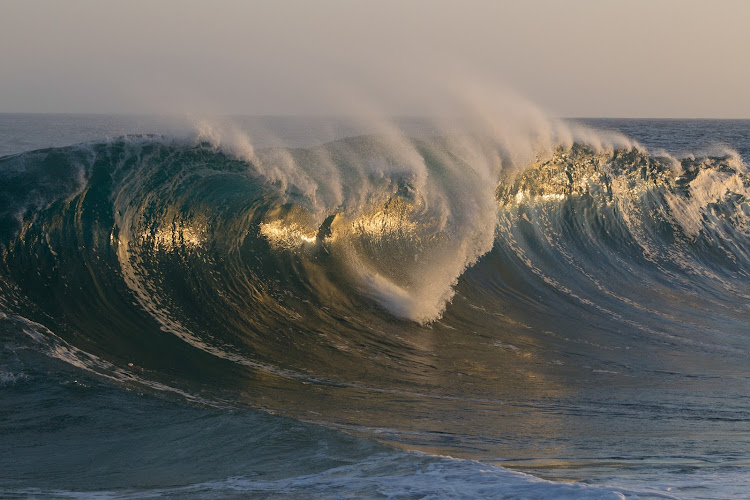 DEVASTATING Analysts and experts have predicted that the third coronavirus wave will be upon us sooner than expected.
Image: Gabe LHeureux/ Getty Images

The third Covid-19 wave is due to hit the two big Eastern Cape metros of Nelson Mandela Bay and Buffalo City by the end of March/beginning of April.

This is sooner than expected and we are confident of the prediction as it is based on a range of local and regional data and on a year of national modelling, from the time Covid-19 hit SA in March 2020.

This scientific evidence informs us about the waves and how we can anticipate them.

If we act in time, and ensure all the prevention protocols are being followed, and the health services facilities and processes are in place, we can control the spread of the virus.

If we do not act in time, the virus will run rampant, our facilities will be overwhelmed and in all probability it will lead to a peak in the number of deaths.

From the modelling we used in 2020, (based on the number of deaths) we predicted the first wave would peak around mid-to-end July, while national models predicted much later in the year, from September. We now know it peaked around July 19 2020.

The data for the Eastern Cape shows the province led the second wave, but by the time additional restrictions were introduced in October 2020, it was too late to effect optimal systems as we were already heading towards the festive season, with a lot of movement and interprovincial and cross-border travel.

This led to the second wave rapidly spreading throughout SA.

The rural areas were hard hit as people headed there from the cities to visit their families. We knew this would happen. And we know a similar situation will happen now if nothing is done as we head towards Easter and winter.

What deeply concerns us is that people have become far too relaxed about the pandemic.

The runaway data at the moment signals more trouble is coming in the form of the third wave, but it won’t necessarily be the Eastern Cape driving it.

It might be driven by the Western Cape and spread countrywide.

The second wave’s peak in the number of deaths indicates the new variant was deadly. We should be concerned.

From a year of data and modelling we can assess the number of infections and deaths in the two metros.

The data shows the numbers might be five times higher than reported. Therefore, 104 active cases is actually 520 active cases.

Many people with Covid-19 are also not admitting they have it and, at the same time, there is less testing being done at a time when it should be intensified.

This is concerning as it means we have high numbers of people in our communities who are walking time-bombs of infection.

The reproduction number, aka R-zero modelling we have been pursuing over time gives us a clear picture of the virus’s reproduction status.

It is still spreading fast and is highly prevalent in our metros.

The R-zero is now more than one, and only when it gets to one or below does it mean we’ve flattened the curve and can control it.

Frustrations are growing that SA is heading for a third wave of Covid-19 without a solid rollout plan and with the majority of health-care workers ...
News
10 months ago

What deeply concerns us is that people have become far too relaxed about the pandemic. During the recent heatwave people flooded to the beaches and there was no social distancing.

Give this the necessary incubation period and we will see the numbers rise.

If we look at the period between the first Covid-19 case in SA and the first wave, there was far more intensity in people’s precautionary response. As people were educated about the virus, they became afraid of it.

We once again need a concerted Covid-19 awareness drive.

We appeal to the local, provincial and national government to make sure we have the necessary education campaigns, health care facilities, PPE, oxygen and field hospitals at the ready.

We appeal to all citizens to be highly vigilant about wearing masks, to frequently wash your hands with soap and water, and to use sanitisers.

If you have symptoms, don’t ignore them or think you have flu, go to your nearest Covid-19 testing centre or clinic and get tested, or at least have an antigen test.

There’s no way we can avoid a third wave, but if strict preventive and management measures can be put in place, it can be less deadly.

From national level to local, we need to speed up all decision-making about the pandemic.

At present, it takes two weeks to a month or more for critical Covid-19 management decisions to be taken. In a pandemic, this is a very long time.

The Easter weekend is coming up and the movement between provinces and religious gatherings are of great concern, as is the winter ahead.

There’s no way we can avoid a third wave, but if strict preventive and management measures can be put in place, it can be less deadly.

None of us are safe and until we control the spread, vaccinate the population and achieve herd immunity, there will be more waves to come.

Prof Azwinndini Muronga is the executive dean of the Faculty of Science at Nelson Mandela University (NMU) and Prof Darelle van Greunen is the director of the Centre for Community Technologies (CCT) at NMU.