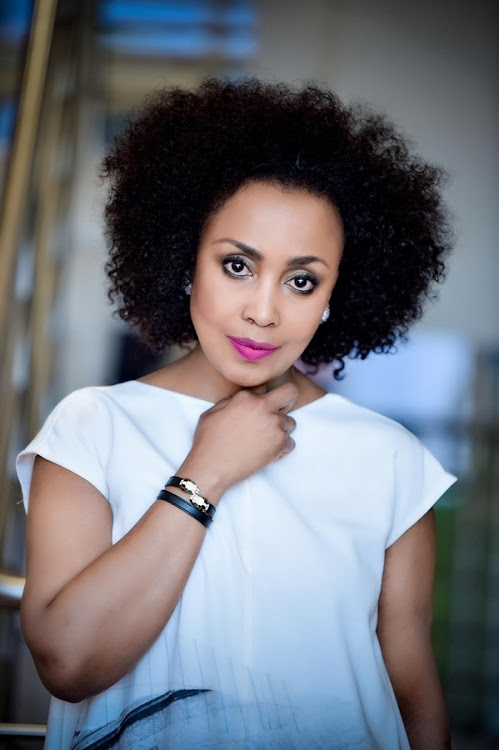 The callousness with which the UK regards South Africa begs curiosity. I woke up this morning to learn of our return to the red list and I am alarmed at the ease with which our brand, our identity, our security is tinkered.

Thrown into the mix are a few other countries with hardly the might to cause ripples should they choose to retort, this is done because they are equally third world and without any perceived power.

Throughout what we were told was the most dangerous period during the beginning of global lockdowns, we watched UK citizens come and go with ease into our country and no South Africans being able to so much as regard travel their way. We were persona non grata.

Before announcements about the Beta variant, which at some point was spoken of as if it developed in South Africa, we had got wind of one virulent strain detected in the UK. But the emergence of the so-called "South African variant" meant the whole world could join Britain in its heavy-handed approach towards its Commonwealth member, whose wealth has over the years increasingly found common favour in the UK.

Little is said about the solidarity which was to see the undoing of an apartheid-style queue to access a remedy to the status quo. This stance by the UK might lead to the EU and other countries assuming a similar posture in criminalising poorer, developing countries for the failing Covax programme which was supposed to give people in rich and poor countries equitable access to vaccines.

As rich nations roll out boosters, 98% of people in low-income countries do not have access to the vaccines. What is even worse, is that the rich countries responsible for the equitable distribution of these vaccines — and thus curbing the pandemic by ensuring dangerous variants will not develop — are again red-listing our nations and imposing visa restrictions while they have the key to curb this disaster.

Covax only contributed five percent of all administered vaccines globally. And where were the UK and the EU when the US supported the World Trade Organization's proposal to temporarily lift the patent protections for the coronavirus vaccines which would increase global and localised production of the vaccines? The EU, UK and Switzerland, supported by their pharmaceutical companies, are blocking the proposal while companies like Pfizer and Moderna are cashing in a combined $98bn next year on sales of the vaccine.

How are nations, built on the mineral wealth of Africa, able to exclude Africans in their remedy rollout when it is clear they should include rather than hoard vaccines?

Is the EU powerless to address this? Are our leaders happy to be seat warmers at these global meetings or is there real advocacy taking place? How are nations, built on the mineral wealth of Africa, able to exclude Africans in their remedy rollout when it is clear they should include rather than hoard vaccines? Even if it’s for their own survival then.

I shudder to think of how future generations will view our silence as Big Pharma does little also to provide solutions to those whose pockets are left wanting due to our unequal world.

I am reminded of our unfortunate visa regime, which remains a source of great concern given the historical relationship enjoyed by our two nations, and I wonder: why the heavy-handedness from the UK? And why the uncharacteristic passiveness from those charged with speaking on our behalf where these matters are concerned?

When a group of rogue travellers, economic migrants and others, who are proven not to even be from Africa, posed a threat not just to the UK but to South Africa by falsifying our passports and entering the UK and other nations as faux South African, our Commonwealth big brother elected to punish South Africans across the board and impose a visa regime that to this day prejudices the victim of this fraud, while pound-sterling travellers get to visit us without so much as a regard for customs.

This, some believe, is great news because our country gets to benefit from the sterling-laden pockets. Even in reporting the newly introduced punitive visa laws, there were many untruths that sought to imply Zimbabwean natives in South Africa were solely responsible for what was now to affect many native South Africans seeking opportunity in the UK.

Organisations in the tourism and hospital industry have decried the decision by the UK to place SA on its travel red list after the discovery of a ...
News
5 months ago

I visited the British department of international trade (DIT) site, which boldly declares: “DIT provides trade and investment services and practical support. We help UK companies succeed in South Africa, and South African companies set up and invest in the UK”.

Refreshing honesty, methinks. Are we so desperate for approval that we ignore the historical noose we continue to wear, which constrains future generations with not so much as a care for this less than acceptable bias, rooted in the colonial lens the UK struggles to shed in relation to its former colony?

The one ace we carry still, which is their language, does not even afford us the articulation of our chagrin at this far from rational toying with our sovereignty and our identity, that being brand South Africa.

Provide the research that says of the myriad threats you face, red-listing South Africa is the most logical way to placate the fears of your citizens.

Our own exposure to the Alpha variant was not a factor in any of the considerations, hence we continue to receive Brits — this while they red-listed us.

Surely this is ill-conceived and should not be tolerated. The tourism sector was beginning to ponder a recovery. Will this mean cancellations again?

Robust trade, which was beginning to recover to this number five export market for SA, will be adversely affected by this decision.

We desperately need open dialogue on the effect of this callous red-list party trick and clarity on our nation’s response. GCIS, headed by the very competent Phumla Williams, is suddenly rendered silent because communication is not valued by those most effective at it and politicians are choosing to become spokespeople at this critical time.

Who decides to announce to the world the presence of what is yet to be studied and verified? Other nations speak when research has been obtained, yet our peculiarity is of a nation that announces suspicions and condemns us all to the ramifications thereof.

Surely this is ill-conceived and should not be tolerated. The tourism sector was beginning to ponder a recovery. Will this mean cancellations again?

The carelessness and callousness of this calls for the suspense of our silence. Happy holidays, fellow South Africans — at R16.21 to the dollar, as I write this, and R21.62 to the pound.

Carol Bouwer is a businesswoman and humanitarian who is the founder and CEO of Carol Bouwer Productions.

The government has lamented the UK's decision to temporarily ban all flights from SA and five other countries as of 2pm (SA time) on Friday due to ...
News
5 months ago

The safe-haven yen rallied while the South African rand and risk-sensitive Australian dollar slumped on Friday, as investors ducked for cover ...
News
5 months ago

Britain announced it was temporarily banning flights from South Africa and five other countries from Friday and that returning British travellers ...
News
5 months ago
BLACK FRIDAY | Save up to 70% on a Sunday Times subscription

The government has lamented the UK's decision to temporarily ban all flights from SA and five other countries as of 2pm (SA time) on Friday due to ...
News
5 months ago

The safe-haven yen rallied while the South African rand and risk-sensitive Australian dollar slumped on Friday, as investors ducked for cover ...
News
5 months ago

Britain announced it was temporarily banning flights from South Africa and five other countries from Friday and that returning British travellers ...
News
5 months ago