Members of the Amadiba Crisis Committee say they remain adamant they do not want a pristine stretch of the Wild Coast to be mined and will be organising opposition to the mining rights application that has just been lodged by Transworld Energy and Mineral Resources, the South African subsidiary of Australian-listed Mineral Commodities. 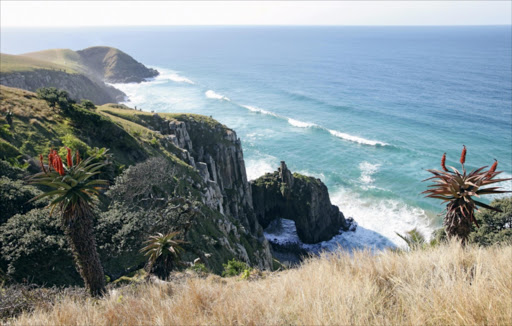 At stake is an area that has considerable long-term ecotourism potential but is also home to one of the largest undeveloped mineral sands resources in the world. It contains about 9.3million tons of ilmenite, a source of titanium.

Last week, just one day before its current prospecting rights lapsed, TEM applied for mining rights for the Xolobeni Mineral Sands Project along the Wild Coast of the Eastern Cape. The company has 44 days to complete a scoping study of the area, which includes a public participation process with the communities that would be affected by any mining.

TEM's plans for mining the 22km stretch of the Wild Coast have been dogged by controversy since its Australian controlling shareholders first became interested in the area in the early 2000s. It has managed to hold on to prospecting rights for Xolobeni for much of that time.

Nonhle Mbuthuma of the Amadiba Crisis Committee said this had prevented the community from developing ecotourism options for the area, as possible funders have shied away from potential conflict with the mining company.

The community members contend the mining activity will wreak havoc on their environment and not only make it impossible to develop alternative commercial projects, but destroy their current livelihoods too. Their increasingly effective opposition has ensured TEM has made little progress.

In August 2008, MRC told its shareholders that TEM had been awarded a conditional mining licence for the most important of the five blocks involved, the Kwanyana block. The Legal Resources Centre appealed - on behalf of the Amadiba Crisis Committee - against the awarding of the licence, and in June 2011 the licence was withdrawn. Shortly afterwards, TEM applied for a prospecting licence for the Kwanyana block.

The crisis committee's lawyers objected to this application on the grounds that TEM was merely playing for time and wanted to freeze out any other parties interested in developing the area.

TEM was instructed by the Mineral & Mining Development Board's regional mining development and environmental committee to first undertake public participation meetings. In April, May and November 2013, it held various meetings with the community. To date, it has not received a prospecting licence for the Kwanyana block.

Last week, in an announcement to its shareholders, MRC said it had lodged a mining application for all of Xolobeni. "The mining right application has been lodged notwithstanding the previously advised objections received to the prospecting right application to the remaining block, the Kwanyana block," said MRC.

It said it was optimistic about being awarded a new prospecting right over the crucial Kwanyana block. It referred to the "extensive" level of consultation it had undertaken in respect to the community's objection and noted "the substantial amount of support for the project evident through the consultation".

However, Mbuthuma said there had been no engagement with the community for about two years, and dismissed any reference to "substantial" support for the project.