Bonuses: which SA CEO got the biggest? 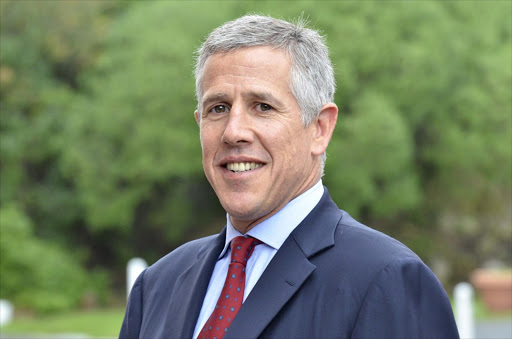 At Investec, Hendrik du Toit’s package of R86-million included a bonus of a massive R78-million, on top of a basic salary of a reasonably modest R7-million.
Image: Trevor Samson

Hendrik du Toit's R78-million bonus raised eyebrows this year and catapulted him to the top of the list of largest bonus earners on this year's Rich List.

But his employer, Investec, said the bonus was nothing out of the ordinary.

Du Toit, CEO of Investec Asset Management, a division of Investec, earned a package equivalent to R86-million in 2014.

The package consisted of a salary of about R7-million and benefits of R171000. He is the second-highest paid executive director of a company listed on the JSE after Bernard Fornas, CEO of luxury goods distributor Richemont, received R87.9-million, which included a salary of R46.3-million. Fornas earned the second-largest bonus in 2014.

Du Toit's remuneration package was 113.93% more than what he earned in 2013 and outstripped that of Stephen Koseff, Investec's group CEO, whose R15-million earnings fell below the pay of other CEOs in the financial services sector, including Standard Bank joint-CEO Sim Tshabalala's R16.2-million package and Coronation Fund Managers CEO Anton Pillay's R15.2-million.

Koseff and Du Toit's salaries are denominated in pounds, because Investec reports in this currency .

For those who balk at Du Toit's pay, Investec head of investor relations Ursula Nobrega said: "[His] remuneration is directly comparable to the remuneration paid to international CEOs of asset management companies."

The vast difference between Koseff and Du Toit's remuneration relates to regulations.

Koseff is a director of Investec plc, which is regulated by financial services industry watchdogs the Financial Conduct Authority and Prudential Regulatory Authority (PRA) in the UK, where Investec has a London listing. His remuneration is subject to PRA regulations, which include a maximum cap on bonuses. These regulations also stipulate that only a minority portion of a bonus can be paid upfront in cash. The remainder is paid after five years. This is to prevent bankers taking excessive risks to win larger bonuses.

Investec Asset Management is regulated separately by the PRA. The company had its own remuneration policies, in line with its risk profile and business activities, said Nobrega. "Consequently, the structure and quantum of his remuneration differs ... from that of the other executive directors."

For example, in line with practice in asset management businesses, Du Toit's short-term incentive is uncapped and no deferral applies. He is not affected by a cap on bonuses.

Mandatory deferrals within incentive plans were a way for banks to mitigate risk and better align compensation with long-term success, said McLagan, a consulting and benchmarking firm for the industry.

Du Toit, a high-achieving academic and Cambridge graduate, founded the asset management firm in 1991, later taking it global. He is entitled to 1.85% of the company's earnings before tax and variable remuneration.

However, he will no longer receive long-term incentive awards as he participates in the Investec Asset Management equity ownership scheme.

His bonus is nearly 13 times more than the highest bonus payout of R6.3-million in the public sector. This was paid to Daniel Matjila, CEO of the Public Investment Corporation, one of the largest investment managers in Africa. He was closely followed by another PIC executive, Roy Rajdhar, who received a R4.2-million bonus.