Edcon slashes debt so that it can focus on growth 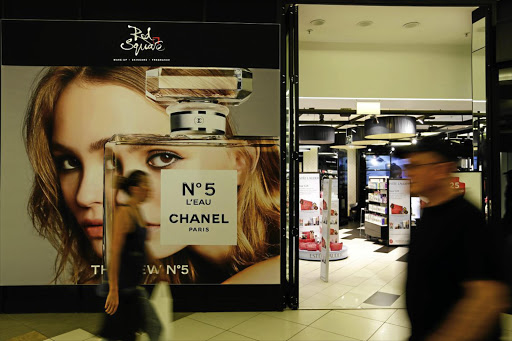 TFG plans to open 13 outlets in Kenya by 2017, and Edgars is also looking to expand into the East African country, despite the current state of parent company Edcon.
Image: MOELETSI MABE

South Africa's largest nonfood retailer announced this week that it had reduced its debt to R7-billion.

Edcon was drowning in R26.7-billion of debt when US-based private equity firm Bain Capital announced last year that it was selling it. But the debt steadily increased to R29-billion.

Last year, Bain handed ownership of the group to creditors in a debt-for-equity swop and, after a period of restructuring, the debt is down to R7-billion.

Cedric Rimaud, director of emerging-markets research at Gimme Credit in Bangkok, said Edcon's reduction of its total debt was significant.

"With R7-billion in total debt, Edcon will be able to bring its total leverage down to a much more manageable level," he said. This would take the burden off Edcon, but the main problem would be to find some growth in the retail business.

An Edcon spokesman said the reduction of debt "removes the need to focus management's attention on servicing the significant interest payments and other balance-sheet aspects, and allows an intense, committed and comprehensive focus on the day-to-day business of retail."

But Rimaud said: "The latest same-store sales numbers are not encouraging and the aggressive inventory clearance of the last few months has certainly had an impact on customers' perceptions."

In the quarter ending on December 24 last year, Edcon's retail sales were about 3% lower than in the previous matching quarter, while gross and ebitda margins declined 3% and 2% when compared with the corresponding period in 2015.

Ashraf Mohamed, the chief investment officer at JM Busha, said this was a signal for Edcon to rethink its retailing strategy.

"They've been very aggressive with their online strategy in the past six months.

"They poached people from Amazon, so that is definitely a focus of theirs, but that doesn't speak to their broader market, who doesn't spend too much money online."

Edcon's extensive retail footprint may position it to gain traction with South African consumers, "but their overall retail strategy in-store is still very poor. The are 10 to 15 years behind where they should be," Mohamed said.

Edcon has 1,400 stores across its Jet, Edgars, Boardmans, CNA and Red Square brands.

Although Edcon now has the chance to start again with a much lighter capital structure, like its competitors, it expects a difficult year ahead.

The company said that for the three months ending March 25, it expected a degree of "underperformance from its credit and financial services and Edgars Zimbabwe, due to an unfavourable credit environment in South Africa and difficult macroeconomic conditions in Zimbabwe ..."

Both of these factors could adversely affect ebitda, the statement said.

Edcon's position as the largest clothing retailer in the country, which Rimaud said counted in its favour if it could sell products that consumers wanted and at a price they could afford, might enable it to cope with the increased competition from H&M or Zara.

"It needs to review its procurement channels, find the right products and restore its standing ... Now that the debt problem is behind it ... it has a chance to focus on its core business.

"It may also need to find a way to offer more credit to shoppers, something that the sale of its lending book to Absa Bank had considerably reduced," said Rimaud.

But on whether the retailer would regain its position as a market leader, Mohamed said: "I just don't think it's going to happen. I'd have to see management strategy presentation and from there I would make a call.

"At this point in time, I would not be backing them to win the gap ... They've got to decide if they want to be a low-cost seller ... or if they are going to play in the middle space.

"I'm not getting a sense that they have a strategy that has been put across well," he said.