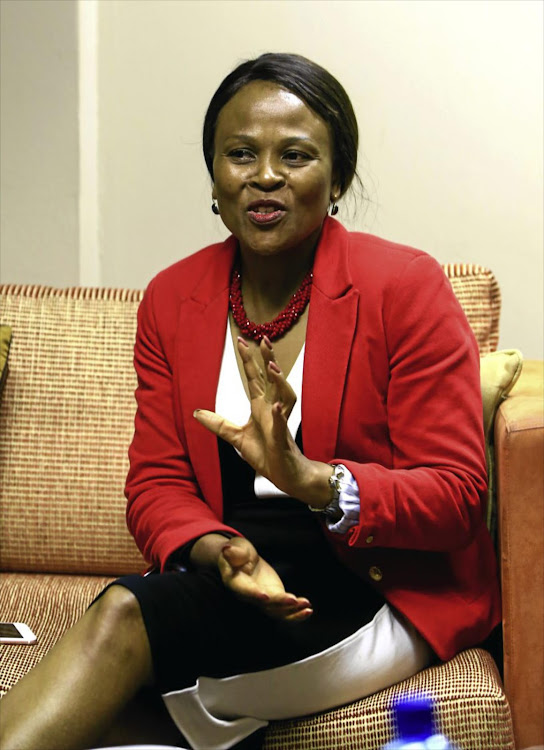 The Public Protector has suggested changes to the nation’s constitution to amend the Reserve Bank’s primary objective of protecting the value of the currency.

The chairman of parliament’s justice committee should start a process to change the law’s section 224 that sets out the central bank’s primary objective, Public Protector Busisiwe Mkhwebane said in a report handed to reporters in the capital, Pretoria, on Monday. The proposed amendments remove the reference to the Reserve Bank’s role to protect the value of the rand, a key element of the regulator’s inflation-targeting mandate.

There was gross misuse of funds by the Department of Local Government and Traditional Affairs during the construction of the Bapo Ba Mogale palace ...
Politics
5 years ago

Mkhwebane calls for the section to say “the primary object of the South African Reserve Bank is to promote balanced and sustainable economic growth in the Republic, while ensuring that the socio-economic well-being of the citizens are protected.”

The central bank’s independence is protected by the constitution and is cited as a pillar of institutional strength by credit rating companies and investors. Altering the mandate may add to policy uncertainty after a cabinet reshuffle in March and changes to other regulations, including the Mining Charter. While Mkhwebane can propose changes to the constitution, she can’t order parliament to alter the law. A two-third majority of lawmakers is needed to change the constitution.

The rand extended a decline after the comments, weakening as much as 1.6% in Johannesburg on Monday.

“The market doesn’t like the fact that they’re looking at changing the constitution or the mandate of the Reserve Bank,”Wichard Cilliers, a trader at TreasuryOne Ltd., said by phone: “There is concern about institutions being undermined.”

Mkhwebane’s suggestions were part of recommendations following an investigation into a Reserve Bank bailout for Bankorp, a unit of Barclays Africa, almost three decades ago.

The proposal comes at a “sensitive time and is highly dangerous,” Peter Attard Montalto, an economist at Nomura International, said by email. “A mandate change to the MPC is much easier and could happen at any time from the finance minister. The SARB is one of the last few remaining bastions of sensible independent policy making.”

The central bank has a mandate from the government to target inflation between 3% and 6%.

Mkhwebane also proposes for the constitution to say require “regular consultation between the bank and parliament to achieve meaningful socio-economic transformation.” The law currently states the central bank must consult with the finance minister.

“The public protector can’t order parliament to change legislation, including the constitution,” Pierre de Vos, a law professor at the University of Cape Town, said by phone. Any decision to change the mandate of the central bank would “depend on the politicians,” he said.

Jabulani Sikhakhane, a spokesman for the central bank, didn’t immediately answer calls to his mobile phone or respond to an emailed request for comment. Mayihlome Tshwete, a spokesman for Finance Minister Malusi Gigaba, said he had no immediate comment on the public protector’s proposals.