The increase will raise the cost of living for all households 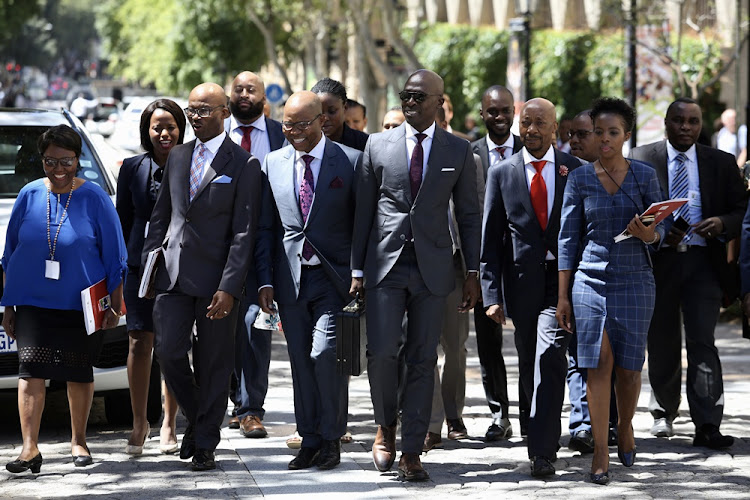 Finance Minister Malusi Gigaba has announced an increase of 1 percentage point in the value-added tax (VAT) rate in the 2018 budget, raising it to 15% in the first adjustment to taxation on goods and services under the ANC government.

The first VAT increase in 25 years, which kicks in on April 1, is a controversial move to raise public finances in tough economic conditions. Among other goals, it is aimed at funding the fee-free education plan announced by former president Jacob Zuma in December.

South Africans will feel more pain from April with a 52c per litre escalation in the fuel price. This is due to a 22c increase in the general fuel levy and a 30c per litre rise in the Road Accident Fund levy.

The tax hikes are part of a package of measures to raise an additional R36-billion in light of a revenue gap of R48.2-billion in the current year.

The VAT increase will raise the cost of living for all households and raise R22.9-billion for the fiscus. Below-inflation adjustments to personal income tax brackets will contribute R6.8-billion.

All eyes and ears will be on Finance Minister Malusi Gigaba when he presents the annual budget speech in Parliament on Wednesday. Follow our live ...
Business Times
4 years ago

Alcohol and tobacco excise duties, or sin taxes, will increase between 6% and 10%.

The excise duty rate on luxury goods goes up from 7% to 9%.

“This is a tough but hopeful budget,” Gigaba said on Wednesday in his first budget presentation since his appointment by Zuma in a much-condemned cabinet reshuffle last year.

While the VAT increase to 15% was expected to send shockwaves, Gigaba said it was “unavoidable if we are to maintain the integrity of our public finances”.

“The current zero-rating of basic food items such as maize meal, brown bread, dried beans and rice will limit the impact on the poorest households,” he said.

At a media briefing ahead of the budget, Gigaba said the national Treasury had to accommodate new spending priorities, including a R57-billion allocation to the fee-free higher education and training plan.

The minister also announced an above-inflation increase in social grants, which he said he hoped will counter the sting of the tax hike.

The current zero-rating of basic food items such as maize meal, brown bread, dried beans and rice will limit the impact on the poorest households.

The cabinet approved expenditure reductions amounting to R85-billion, Gigaba said, enabling the expenditure ceiling to be revised down marginally over the next three years.

In the medium-term budget policy statement in October, it was projected that there would be an undercollection in tax revenue of R50.8-billion. Since then, there has been an improvement in revenue collection and the shortfall is now projected to be R48.2-billion.

Gigaba said there was a renewed sense of confidence and optimism following a difficult year for the economy and fiscus, adding that he hoped the measures in the budget would stave off another credit ratings downgrade.

He said the budget was not just about debt stabilisation but was also aimed at restoring economic confidence. He said the international rating agencies would see the government was prepared to make tough decisions.

South Africa’s consolidated budget revenue figure for the 2018–19 year is R1.49-trillion while expenditure stands at R1.67-trillion. The deficit is therefore more than R180-billion.