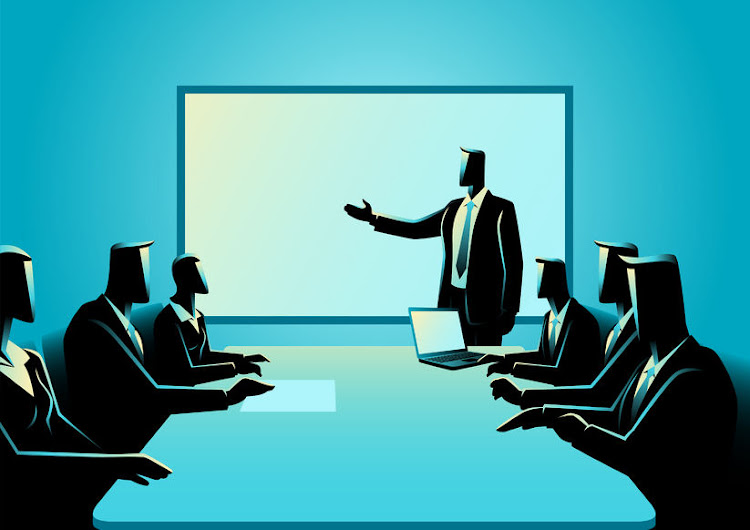 One in five South African businesses have no women in senior positions according to the 2018 Grant Thornton International Business Report.
Image: 123rf/ rudall30

Nearly one third (29%) of senior roles in South Africa are now filled by women‚ but it is concerning that one in five local businesses (20%) still have no women at all in senior positions‚ the 2018 Grant Thornton International Business Report shows.

The report‚ drawn from 4‚995 interviews conducted between July and December 2017‚ was published on Thursday to coincide with International Women’s Day (March 8).

Commenting on the SA findings‚ Lee-Anne Bac‚ director at Grant Thornton Johannesburg‚ said: “The percentage of women in senior management teams has‚ on average‚ been rising slowly but steadily from 26% in 2014. There are still too many businesses without a single woman in their senior management team‚ however‚ and this needs to be addressed.”

Peter Bodin‚ global chief executive officer of Grant Thornton International Ltd‚ said in a statement he believes that gender balanced businesses will be able better to handle the disruption facing every sector.

If policy is not driving more women to the top‚ despite widespread use‚ then what will?

“Businesses with all-male leadership teams need to act fast if they are to stay competitive‚” said Bac.

Globally‚ the percentage of businesses with no women in senior management has dropped from 34% in 2017 to 25% in 2018. The proportion of senior roles held by women‚ however‚ has marginally fallen from 25% to 24% over the same timeframe.

Women are‚ therefore‚ spread more thinly than before across the world. Grant Thornton said this suggests businesses are concentrating on box-ticking at the expense of meaningful progress and means they will not gain from the benefits of true gender diversity.

Progress on the number of businesses with women in senior management has primarily been driven by emerging economies such as Africa (where 89% of businesses have at least one woman in senior management) and Eastern Europe (87%)‚ while Latin America has seen the biggest increase (from 52% to 65%). But there has also been a significant increase in some developed regions such as North America (from 69% to 81%) and the European Union (EU from 64% to 73%).

Is 2018 the year women will finally overthrow patriarchy?

Will South African women be lifted by the current wave of female empowerment that's sweeping the globe?
Lifestyle
4 years ago

Grant Thornton’s report also investigated the role of both business and government policy in bringing about change.

It found that globally‚ business policy is abundant; equal pay‚ paid parental leave‚ flexible hours and other policies are common around the world. But those countries in which businesses have the most policies in place are not necessarily those that demonstrate the most gender diversity.

Its finding? "Policy alone‚ it seems‚ does not create real progress."

Most SA firms did not score favourably on a number of gender equality practices‚ including senior management pay linked to progress on gender diversity (14%); part-time working (39%); remote working (37%) and subsidised childcare (5%).

On the other hand‚ 93% of local companies said they pay men and women equally for the same roles‚ 88% had non-discrimination policies for recruitment‚ 71% offered paid parental leave and just over half (51%) offered flexible working hours.

Grant Thornton's report asked "if policy is not driving more women to the top‚ despite widespread use‚ then what will?"

Said Bac: "The report highlights that the businesses who are succeeding are those whose policies and practices are rooted in a genuine conviction of the benefit of gender diversity."

This is about behavioural change rather than a checkbox exercise‚ it concluded.

The reinstatement of a mine engineer who was sacked after sexually harassing a colleague for eight years has been condemned by a judge.
News
3 years ago