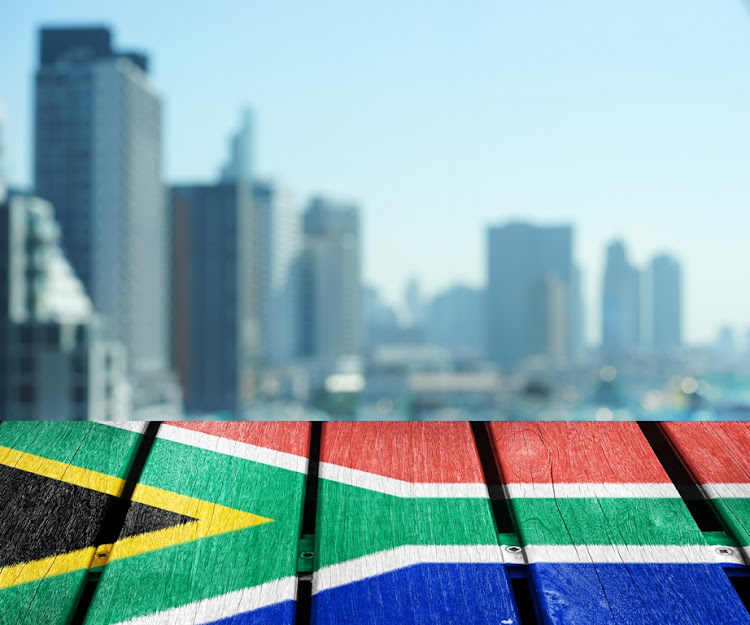 Economists and political analysts have written and debated much about the current landscape. Much time is being spent unpacking how we got here. Some have even ventured into detailed analysis of what the future looks like. Much has also been debated on various platforms about what needs to be done in terms of key economic reforms, and business leaders have been a big part of these in one shape or form.

I don't think it serves much purpose for me to restate any of the views about where we are and what we need to do to get to where we want to get to, save to maybe emphasise the following:

SA is one very small part of a global economic system that does not stop while we try to get our house in order.

We compete against other nations for investment capital and market share, and in the real world those nations that want to succeed most and are prepared to do whatever it takes to attract capital and investment will win.

To attract investment, you need confidence. This is a challenge for all of us. As South African business we need to lead the way in affirming our confidence in the economy by investing in it.

RON DERBY: Stabilising Eskom is the most difficult and important job in SA

If processes at Eskom are frozen, there’s an impact on growth
Business Times
3 years ago

Business is part of the solution and we need do everything in our power to rebuild trust and confidence as a preface to driving the structural economic reform needed to achieve sustainable and inclusive economic growth.

These are all narratives you have heard, so I won't spend much time on that.

I want to share my thoughts on a different way to look at and think about our current landscape and trajectory with the hope that this thinking will give you a different context for our challenges, a context that will be at the back of your mind as you think about the road ahead and your contribution to it.

I want to use the analogy of SA as a ship from the 2008 financial crisis to date. In late 2007, heading into 2008, SA found itself sailing out at sea on a ship that was in very good shape - we had relatively low debt-to-GDP ratios, the budget deficit was contained and the prudent management of the economy over the previous years by then finance minister Trevor Manuel, Pravin Gordhan at the South African Revenue Service and Tito Mboweni at the Reserve Bank placed us in a vessel that could withstand some rough seas.

And therefore when the storm hit in the form of the global financial crisis, later to become known as the Great Recession, SA managed to get back into the harbour with a ship that was certainly damaged and in need of repairs but that had weathered the initial storm far better than many other nations - our banks and financial services sector did not require state bailouts as we saw in the large Western economies, our ship did not sink as we saw with Iceland and almost with Ireland and later with Greece.

We did not require quantitative easing from the Reserve Bank, and Gordhan, the new finance minister, had scope to correctly start increasing the deficits in an attempt to smooth over the impact of the Great Recession.

Up until this stage we cannot blame Jacob Zuma for the damage to the ship. There is a narrative that all was going smoothly until Zuma stepped into office and from that point onwards his actions resulted in the implosion of the economy.

We have to appreciate that the global financial crisis struck the initial blow and it was severe. However, as the years of his administration went on, and in particular his second term in office, our ship was left in the harbour damaged with no-one working on repairing the holes and the damage to the vessel from the financial crisis.

Investors, business and the public, having noticed very little going on in the harbour, started to question what was happening, and thanks to some excellent journalism news started to leak on what we now refer to as state capture.

Business embarked on an investment strike, foreign investors ran scared and consumers lost confidence, all at a time when the global economy entered a synchronised global recovery and other nations that had been repairing their ships were able to head out to sea again into calm waters and begin the process of paying down debt and growing their economies.

Hot on the heels of the announcement that SA is no longer in a recession, Stats SA said that the country's businesses recorded a 49% increase in net ...
News
3 years ago

Cyril Ramaphosa says no to salary increases for ministers

President Cyril Ramaphosa’s cabinet will not see salary increases next year after he rejected a recommendation that there should be a 4% increase for ...
Politics
3 years ago

SA found itself in the company of Venezuela as the only countries in the G50 that were not growing. The final years and months of the Zuma years are well known, and fortunately December 2017 marked the turning point in what was looking like a path to a failed state.

When President Cyril Ramaphosa assumed the captaincy of the ship and gathered together a team of the best men and women he could find in the country to repair our ship, they headed down to the harbour and entered the vessel. To their horror, not only was the ship from the outside still damaged from the storm, but worse, the entire engine room had been gutted and every floorboard and copper wire had been stripped and stolen.

Thus began the arduous process to rebuild the engine room. Members of the public who passed the harbourdaily could not see anything happening: no-one was painting the outside of the ship or plugging the holes. A false dawn was declared.

As the Ramaphosa team worked day and night inside the engine room, a storm erupted (emerging markets, Turkey and Argentina) and as they were trying to make repairs the water started coming through the holes that had been left unrepaired for years.

The members of that team continue working as hard as possible to try get the ship ready to head out to sea again. It is not going to be an easy task and nor are we certain that by the time the ship is ready to set sail again the seas will be conducive to sailing.

But we have to as a nation put our heads down, work as quickly as we can before the global economic cycle turns again and recessionary times return to the world's economies.

Simply put, there are no magic tricks - all remedies take time. However, progress is being made and the recent investment commitments at the president's investment summit are another affirmation that there is a renewed appetite for South African investment opportunities.

This is an edited extract from a speech Mabuza delivered at the end of November in Steenberg, Cape Town. Mabuza is chairman of Eskom