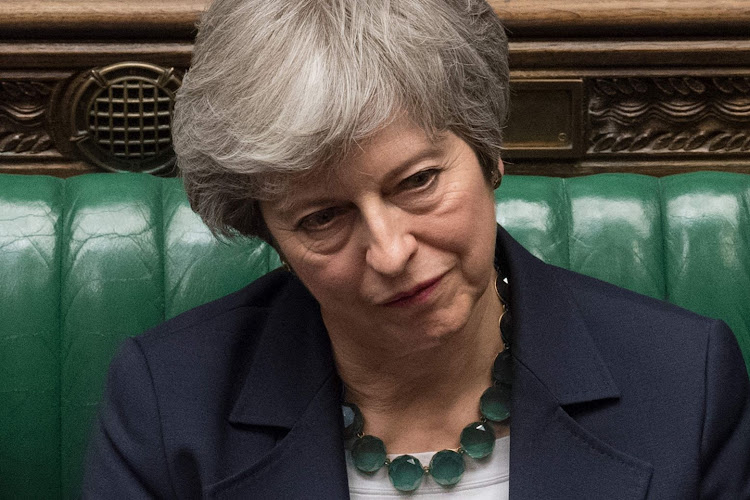 A handout photograph released by the UK Parliament shows UK Prime Minister Theresa May in the House of Commons in London, the UK on March

For more than two years, the clock ran down towards March 29, the day Prime Minister Theresa May pledged Britain would leave the EU. As the drama rolls on, the costs mount from the Brexit day that wasn't.

May's deferral of the departure to at least April 12 came too late for companies that spent months assuming the crunch would arrive as scheduled. If London and Brussels delay further to avoid a chaotic no-deal split, some of the preparations could turn out to have been for naught.

Big businesses such as HSBC and GlaxoSmithKline are spending tens of millions of pounds on Brexit, but smaller companies are feeling the pinch too. Plastribution, a plastics wholesaler near Leicester, England, stockpiled inventory before March 29 and will now have to spend thousands of additional pounds on warehouse space as uncertainty over the departure date drags on.

"It really felt like it was a clear deadline, a line in the sand," said Mike Boswell, the company's managing director, adding that logistics providers are charging a premium for storage. "It's frustrating."

The state of limbo could prove still worse for businesses hoarding goods with a limited shelf life, which will now have to replenish those stockpiles, said Brian Connell, a supply chain consultant at KPMG. "All product has some sort of obsolescence, and everyone had been working up to the 29th."

Companies that hired extra staff to handle customs bureaucracy and signed contracts with a March 29 start date will be paying for their services even though Brexit hasn't occurred, said Ross Denton, a trade lawyer at Baker McKenzie LLP in London. "Those staff may not be twiddling their thumbs, but they won't be directly productive,'' he said.

Carmakers Jaguar Land Rover Automotive, Honda Motor and BMW scheduled production shutdowns in April at their plants in the UK to coincide with any potential Brexit disruption around March 29.

"Planning has stalled, investment is handcuffed and growth has flatlined. The only question now is what happens next?" said Mike Cherry, national chair of the Federation of Small Businesses.

The government is running into costs, too. Extra sailings to bring vital goods such as medicines and human organs into the UK have begun, organised months ago to protect against disruption from a no-deal split.

Brittany Ferries, one of two operators providing the additional capacity, compared it to a cancelled wedding. "You've prepared for the big day, you've still got everything in place and you need to pay the suppliers for the work they've done,'' said Nigel Wonnacott, a spokesperson for the French company, which won a £46.6m (about R874m) government contract to do the work.

Britain had little choice but to prepare for Brexit, and the political impasse has increased the risk of a disruptive, no-deal departure from the EU. MPs rejected May's divorce deal on Friday for a third time, increasing the chance of a long delay, though a no-deal exit could still happen on April 12.

The overall mood after May's latest defeat is deepening despair. "The Brexit merry-go-round continues to spin, but the fun stopped a long time ago," said Edwin Morgan, interim director-general at the Institute of Directors business lobby.

"We are running out of words to express how sick business leaders are of being stuck in this spirit-sapping limbo."