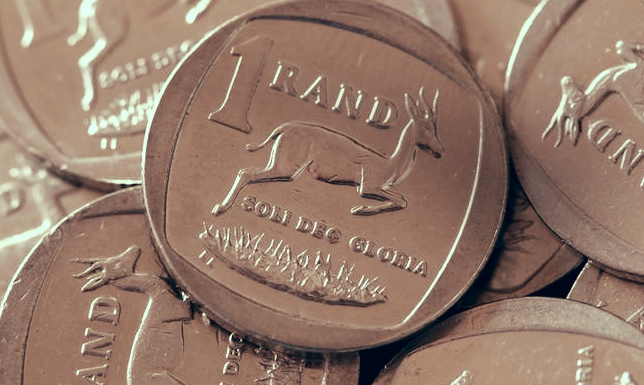 The rand was firmer against the dollar on Friday afternoon, with global sentiment boosted following the release of better-than-expected eurozone industrial production data.

Industrial production fell 0.2% year-on-year in March, better than the 0.6% contraction expected by the market.

The rand is on track for its second week of gains, continuing to be boosted by positive sentiment towards emerging markets, as well as an upbeat opinion on SA’s credit rating by Moody’s Investors Service.

The rand’s direction will be mainly determined by the dollar, but a  weekly close below R13.90/$ may open the door towards R13.80/$  and R13.73/$, respectively, said FXTM research analyst Lukman Otunuga.

Local bonds have gained so far in April, but could come under pressure as the market factors out interest-rate increases in the US, while SA is likely to see only slow progress in fiscal consolidation, according to Investec chief economist Annabel Bishop.

Forward-rate agreements in the market signal a small possibility of a 25-basis point cut in the repo rate this year on the modest US rate outlook, in contrast to the 25-basis point hike the Reserve Bank has pencilled in, said Bishop.

The relationship between Northern Cape Hawks head Kholekile Galawe and controversial Brexit funder Arron Banks is under investigation by police ...
News
3 years ago

SA's sugar and automotive vehicle trade with the EU is a matter of concern for the ANC should Britain leave the union on Friday.
Politics
3 years ago