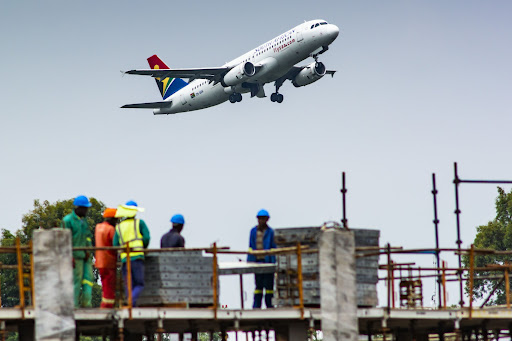 SAA had been a drain on government finances for a decade, receiving state bailouts before entering bankruptcy proceedings in 2019. File photo.
Image: Bloomberg

Government and SA’s national airline are being sued by a little-known investment firm which wants the sale of a majority stake in the carrier scrapped and rerun due to a lack of transparency.

This year’s acquisition of 51% of SAA by the Takatso Consortium — made up of a local jet leasing company and a private equity firm — for just $3 (about R51 at the time) was “unlawful and constitutionally invalid”, according to documents filed at the high court in Cape Town by Toto Investment Holdings Pty Ltd.

The transaction was “shrouded in secrecy” and “not fair, equitable, competitive or cost effective”, according to the filing by Toto founder Bongani Gigaba, who said his firm was unfairly excluded from the deal.

“Toto was a direct victim of the unlawful and secretive process.”

The filing is the first legal action against the sale, which has drawn criticism from National Treasury, opposition parties and the media, in part due to the lack of proceeds for the taxpayer.

The airline had been a drain on government finances for a decade, receiving state bailouts before entering bankruptcy proceedings in 2019.

After a substantial reorganisation that saw staff numbers cut by almost 80%, public enterprises minister Pravin Gordhan initiated a sale process that eventually led to the agreement with Takatso, made up of Global Airways, which owns domestic airline Lift, and private-equity firm Harith General Partners.

SAA then resumed flying to nine domestic and international destinations with a fleet of six Airbus SE jets.

The department of public enterprises is studying the court papers and will oppose the application, a spokesperson said. SAA and Takatso referred questions to the department. The National Treasury declined to comment.

SAA was one of the key subjects of a lengthy judicial inquiry into state corruption under the presidency of Jacob Zuma, who was ousted by Cyril Ramaphosa in 2018.

Under chairwoman Dudu Myeni, who is the head of Zuma’s foundation, the airline regressed into an “entity racked by corruption and fraud”, according to findings in the final state capture inquiry report released on Wednesday. Myeni and Zuma have denied  wrongdoing.

Toto, in which Gigaba is the sole shareholder, filed an expression of interest in SAA that was rejected within days, according to the documents. Government often said it had several interested buyers in the months leading up to the announcement of the Takatso sale, but has never identified them.

Toto is part of a consortium that controls a 24% stake in Richards Bay Minerals, majority owned by mining giant Rio Tinto Plc. The investment is worth as much as R15bn , Toto said in the court documents.

'There has been complete transparency' — Gordhan on SAA, Takatso deal

Public enterprises minister Pravin Gordhan believes there has been transparency on the SAA deal with the Takatso Consortium.
Politics
1 month ago

Public enterprises minister Pravin Gordhan has rejected the National Treasury’s assertion that it played no role in the process of disposing of the ...
Politics
2 months ago

The deal comes eight months after the government first announced the group as its preferred strategic equity partner for the airline.
Business Times
4 months ago