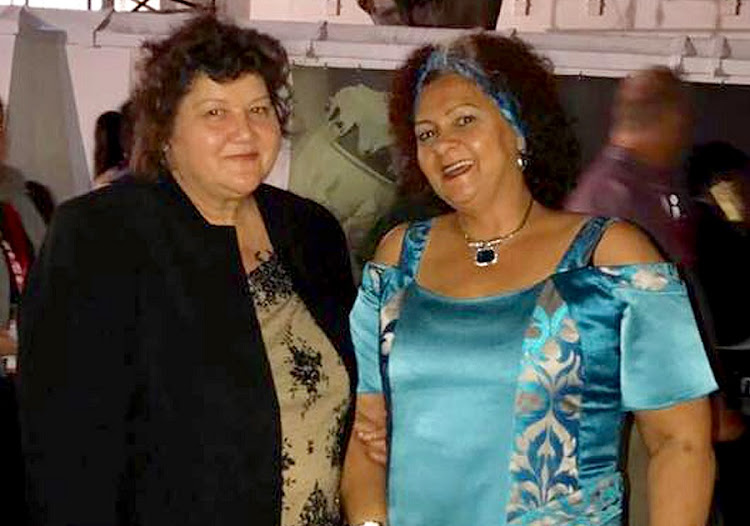 Public Enterprises Minister Lynne Brown's long-time lover and a close associate scored lucrative oil tenders from Eskom despite having no expertise in the industry.

The first contract, for R423,225, was signed on January 27, shortly after Brown appointed Matshela Koko as acting CEO following the resignation of Brian Molefe.

The minister, her lover and the Koko mystery

The latest revelation reinforces concerns that Brown, charged with overseeing all state-owned enterprises, has been protecting Koko - who in turn tried to buy her favour by channelling the contracts to Tufvesson's company.

Koko reportedly told friends that Brown would not dare fire him because he had dirt on her. He was suspended from the power utility in August, after the Sunday Times exposed him for allowing contracts worth more than R1-billion to be awarded to a company co-owned by his 26-year-old stepdaughter, Koketso Choma.

Last month the Sunday Times reported that Brown saved Koko from suspension in March when she called former board chairman Ben Ngubane minutes before he was due to serve Koko with a suspension letter stemming from a whistleblower's report.

His disciplinary hearing is tomorrow.

NO EXPERIENCE IN OIL

Tufvesson, a higher education academic and transformation consultant, this week admitted that E Smart Solutions had no experience in the oil industry and was only registered to deal with academic projects.

The two contracts are to supply oil to Eskom's transformers at 10 power stations.

Michelle McMaster, a close associate of Brown who has worked with her in the Western Cape ANC since 2010, confirmed on Friday that Kim and Serisa are her daughters.

Brown forced Kim to resign as her personal assistant in August after she was exposed as having visited the Guptas' mansion in Dubai, staying at a luxury hotel at their expense in December 2015.

Eskom's board has allowed suspended former acting CEO Matshela Koko to hand-pick the officials who will preside over his disciplinary hearing, due to ...
News
4 years ago

On August 2 the minister stated that although she was "satisfied" with Kim's response to accusations that she was driven to the Guptas' house, "I felt that continuous allegations against Ms Davids could compromise the legitimacy of my office".

Kim claims she was on leave and in transit in Dubai with her husband, Diogo Mateus. A bill for their stay at the Oberoi Hotel, for R32,269.25, was made out to Sahara Computers, owned by the Guptas.

Tufvesson on Friday admitted that she had been part of E Smart Solutions, but said she had been trying to resign since December. "They wouldn't allow me access to company documents and financial statements, so I officially resigned today [Friday]."

Tufvesson claimed she wasn't privy to the day-to-day running and was "shocked" to learn from the Sunday Times that Eskom had awarded contracts to the company.

"One thing I can be categorically sure of is that there is no way that Lynne would've been part of or had knowledge of this."

She refused to clarify her relationship with Brown. "She is my friend. I don't care what people say about me and the minister. My whole family knows about her."

"Our problem is that the company was doing business and making money but my client was in the dark about its operations and she has never even seen its financial statements."

RON DERBY: For SA's sake, empowerment must shake off its crony history

If South Africa Inc is to change its trajectory, the first thing we need to deal with is the hijacking of the national project of transformation
Business Times
4 years ago

But McMaster rejected Tufvesson's claims that she had resigned, insisting "she hasn't signed the resolution documents to resign as a director".

McMaster could not explain how the company, which is not in the oil trade, was awarded contracts by Eskom.

"Go after Lynne Brown. Go after the president [Jacob Zuma] and leave me alone. I am just a small fry," she said, refusing to answer further questions.

Kim Davids refused to comment, but her husband, Diogo Mateus, threatened this reporter.

Koko - who allegedly told close associates including a senior politician that Brown wouldn't dare fire him as he had damning information on her over Eskom tenders - denied on Friday he was behind the award of tenders to E Smart Solutions. "I don't know that company. People have said so many things about me."

Brown's spokesman, Colin Cruywagen, could not answer questions on the relationship between Brown and Tufvesson, but said it was "ridiculous to think the minister had anything to do with the awarding of contracts by Eskom to E Smart Solutions".

He denied that Brown was protecting Koko because of evidence he had that she had captured Eskom. "The minister pushed the Eskom board to institute disciplinary actions against Koko. She hasn't been trying to protect him."

Eskom spokesman Khulu Phasiwe said: "Eskom can confirm that it has a R659,000 contract with E Smart Solutions which was signed earlier this year."

Timeslive argued that Tufvesson evaded a direct answer to the question of whether she was in a relationship with Brown, but Press Ombudsman Johan Retief found that her response "What do you mean? She is my friend. Just like anybody is my friend..." (amongst other similar remarks) was a specific denial.

However, Retief found that the journalist was justified in believing that Tufvesson and Brown had been involved in a relationship, and in reporting it the way he did. For example, the Board of the Higher Education Transformation Network (of which Tufvesson was a former chairperson), recently stated in a media release that her relationship with Brown was “an open public secret”.

Timeslive also apologises to Ingrid Tufvesson for omitting to report her denial that she had benefitted from transactions between Eskom and E Smart Solutions in a shortened version of the article.

Tufvesson also claimed she told the reporter she had never owned E Smart Solutions, the company that won the Eskom deal. However, her lawyer later agreed that she had been a co-owner of the company at the time, and Tufvesson herself later referred to herself as shareholder of the company.

Tufvesson initially claimed that the reporter failed to identify himself when he called her, but withdrew that complaint after a recording of the conversation proved he had. She thereupon claimed the recording had been doctored.

He dismissed a number of other complaints from Tufvesson, including that the reporter was required to tell her where his information about the relationship came from, that the story was not supplemented and that the headline did not reflect the content of the article.

He also said that Tufvesson raised personal issues regarding the journalist, which were "inappropriate and unworthy of repeating or documenting".

Retief said Tufvesson's motivations for her claim that the reporter elected to report untruthfully was not nearly strong enough to convince him. In any case, he found that the reporter had largely not breached the Press Code.

The new acting Eskom CEO, Sean Maritz, right, hired a friend and fellow church member at a salary of about R100,000 a month without declaring their ...
News
4 years ago