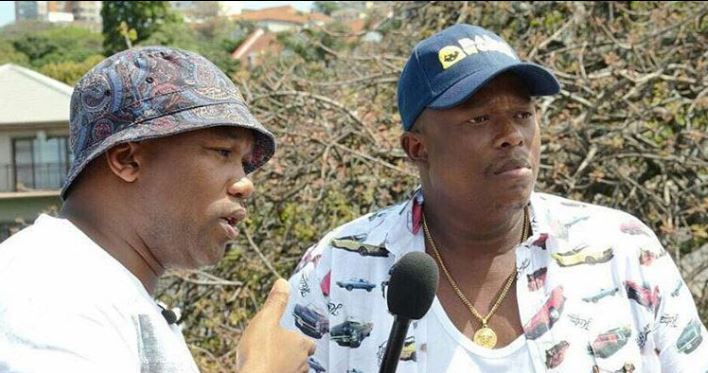 Mampintsha and Danger both have their own record and entertainment companies.
Image: Via Mampintsha's Instagram

One of the biggest kwaito groups in SA music history, Big Nuz, could be on the brink of extinction after it was announced that the group's Danger is launching his own record label.

The group stole  headlines this week after Afrotainment boss DJ Tira announced the label and Big Nuz had split. In a statement, he said that the company would no longer take bookings or answer enquiries about the group.

As the group's Mampintsha and Tira traded shade over the split, Danger announced that he was launching his own record and entertainment company, 108 Entertainment.

He also introduced fans to one of the first artists signed to the company.

Speaking to Sowetan, Danger did not comment on the apparent feud between Tira and Mampintsha, explaining that he was focusing on launching 108 Entertainment.

"At the moment I am focused on my company 108 Entertainment, which will be launched soon."

With Danger now focused on 108 Entertainment and Mampintsha working on his own label, West Ink Records, there's confusion about the group's future.

Tira told TshisaLIVE that he could not comment on the group's future and he did not know how Big Nuz would manage their bookings or album plans. He referred all enquiries about the group to Mampintsha.

"I know that it has been long since they released an album and that is why people are asking me when they are going to release one. I issued the statement to stop people asking me about Big Nuz. It is up to Mampintsha and Danger decide what they want to do," he said.

He said he was saddened by the split but chose to focus on himself.

"It was not nice but I just looked after myself. I focused on my career and I think I have done well. I had a lot of success this festive season, so I am focusing on me."