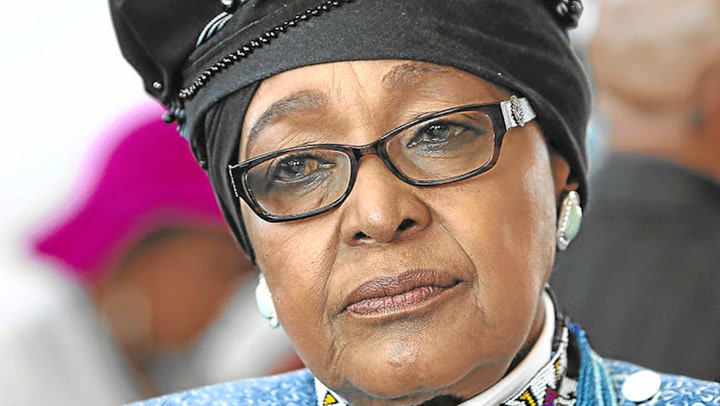 Winnie Madikizela-Mandela's death has sent shockwaves through the nation.

While millions of people from all corners of the globe have united to mourn the death of political stalwart, Winnie Madikizela-Mandela, some critics have focussed on her checkered past.

It is no secret that Ma Winnie leaves behind a complex legacy, which she herself did not shy away from.

The Truth and Reconciliation Commission hearings found that Ma Winnie played a role in the murders of three young people, including Stompie Seipei, who were thought to be police informants.

In 2001 Ma Winnie was charged and convicted on multiple counts of fraud and theft. She was handed a three-and-a-half year suspended jail sentence.

While Ma Winnie's past is well documented, her fierce fight against apartheid and the part she played in contributing towards the liberation of black South Africans cannot be ignored in the wake of her death.

"I will not spend next week defending Winnie Mandela against people who shout 'Wouter Basson was a soldier, he was only doing his job.' (killing black people). Move on! yet happily post Stompie's picture. You suddenly care about black lives? You won't move on but we must," said Redi.

Siv stood firm in his support for Ma Winnie and lashed back at haters.

"I love how we must forgive countless white murdering racists! But they want to trash queen Winnie Mandela! Many of you didn't even know who Stompie was till yesterday! You fake bloody hypocrites."

Mayihlome Tshwete penned a heartfelt letter about how critics will point out that she was a "controversial" figure and try to take away from the sacrifices she made during the fight against apartheid.

"To those who insist we recall her greatness alongside her imperfections, we shall remind them that she, like us, is a product of an enemy that made us more imperfect , more angry and more determined to no longer be products of its confine."

Mayihlome added that Ma Winnie's love for Africans was "undiluted".

"When we lower her mortal remains we should remember what we are placing in the African soil is a seed, a seed that narrates that the children of Africa are unconquered still.  This seed can only become the harvest of reconciliation through economic emancipation."

Former journalist and published author, Charlene Smith took to Facebook to put forward some of the facts she knew and weigh in on the raging debate.

The Mandela family confirmed that Ma Winnie died at the Netcare Milpark Hospital in Johannesburg on Monday afternoon surrounded by loved ones.

President Cyril Ramaphosa announced on Monday night that Ma Winnie would be given an official state memorial and funeral on April 11 and April 14 respectively.

In 2016 musician AKA met Winnie Madikizela-Mandela and has described the moment as one of the biggest honours in his life. AKA was at Ma Winnie's ...
TshisaLIVE
3 years ago

A poem by Afzal Moolla has been issued on behalf of the stalwarts and veterans of the ANC who are signatories to the "For the Sake of our Future" ...
Politics
3 years ago

Local celebs reflect on their fondest memories with Ma Winnie

The world has united to mourn the death of Ma Winnie Mandela.
TshisaLIVE
3 years ago