AKA gets dragged over new album art, but he says he didn't play the people 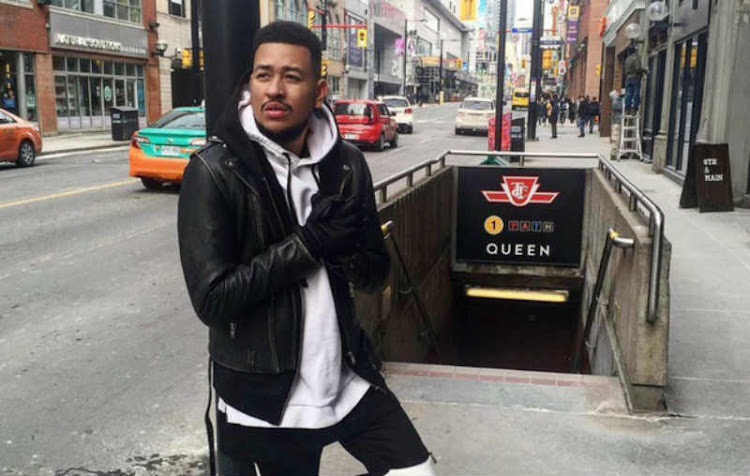 AKA had a challenge to design his next album art.
Image: Via AKA's Instagram

AKA faced the wrath of the Twitter on Tuesday after he revealed the album artwork for his upcoming "final album" Touch My Blood.

But why all the fuss over an album cover?

Well, you see, the rapper had this lightbulb moment a few weeks ago when he set up a challenge to help him get the best cover in Mzansi.

What were the rules?

2. His fans would design and submit their best covers

3. Maybe he would let fans vote for the best cover

So what went wrong?

Fast forward to this week and the man had dozens of ideas in front of him which he was stanning over before making the decision.

This was the cover he chose.

The winning cover came from his in-house designers, while the best fan-submitted work got to be the back cover.

Fans were miff at the decision, with many claiming the back cover was way better than the "boring" front one.

Sure, the cover follows the theme of his other album artworks, but people still felt like they were played.

#TouchMyBloodChallange I feel like aka tricked us he probably had already chosen a cover and just wanted build some hype for his new album coz everyone who took part in this challenge worked hard and then boom aka chooses the laziest peace of work to use on his cover pic.twitter.com/jyDW8yxXpp

How you gonna run a competition then your company wins? Who was the judge?

Nah fam it's wack! And you wasted a lot of people's time! Am disappointed broer pic.twitter.com/zYkJq8TJJy

I can't wait to fakaza your album pic.twitter.com/0tj2GqdShJ

We are very disappointed
Beam we really are.
There were so many Designs that us Did. Suddenly the winner is Beam ?? Really? ?? pic.twitter.com/EOmxqqqhcy

So, how did the boss react?

He told his kingdom that some of the designs were not really what he was looking for. But he threw his fans a bone and said that he was going to give away internships to four of the designers to work on designing his merchandise, tour art work and promo goods.

Personally, there were so many covers that while they were super dope, didn’t manage to capture the feeling I was looking for. Doesn’t mean the people who made them aren’t skilled or super talented.

We gonna do FOUR internships instead of one ... how does that sound? #TouchMyBloodChallange 💉

We still have merch to do ... 😉 ... we need illustrators, designers all types of shit. Keep your head up. All is not lost.

Speaking to TshisaLIVE, AKA's team said the rapper didn't con his fans with the move.

"We didn't play the people. He simply went with the artwork he thought was best. We understand that people were disappointed, but we have opened up doors for designers. We are meeting with some of the best designers to offer them internships.

"He (AKA) was super impressed with their work and he wants them to help him push his brand forward with their talents. That is not "playing the people", it is paying it forward," his manager Tshiamo Letswene said.

The couple will welcome their bundle of joy later this year.
TshisaLIVE
3 years ago

Whether you like gqom or house, there's a Ramapahosa 'shut up' anthem for everyone!
TshisaLIVE
3 years ago