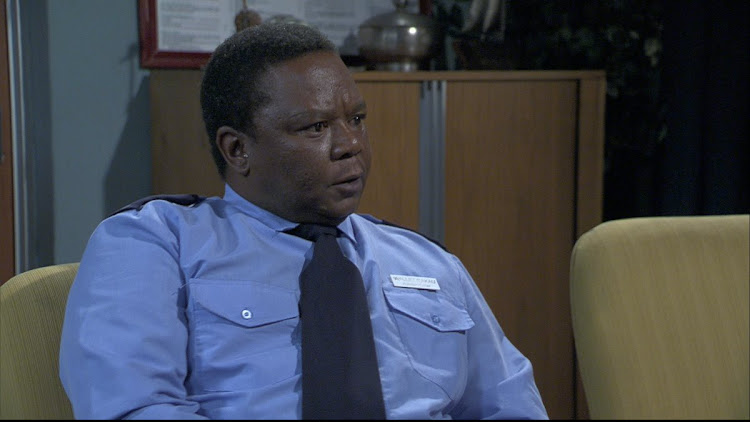 We've all fantasized about tearing up a written warning and telling your bully boss to shove it where the sun doesn't shine, right? But execution isn't as easy as daydreams, which is why when Skeem Saam's Wallet finally did it, he was literally #EmployeeGoals.

Now, technically Wallet was in the wrong. He went to a photoshoot during work hours for a competition. Granted, he seemed very passionate about his model aspirations and he had the time of his life shooting at his new bestie, Charles Kunutu's tuck shop.

However, the ever so sour Mr. Kgomo was ready and waiting for him to return so he could issue a written warning.

Wallet wasn't even mincing his words when he told Mr. Kgomo to recognise his greatness and stop taking him for granted. He was on fire and lived out a fantasy many have.

1. He's brave enough to say what's on his mind.

2. You can't fault his poise, delivery or eloquence.

3. He knows his worth as a person and as an employee.

Needless to say, just as Twitter was proud of Ashwin Willemse standing up for his worth, it was no different with Wallet.

#SkeemSaam Wallet ke bosso😂😅😂😅😂ongadile spane. Are "Take ur job and shove it, I resign with immediate effect".😂😂😂😂 pic.twitter.com/DiAFiH8bVp

Wallet after he got his final written warning #SkeemSaam pic.twitter.com/o3ksGidOM2

And Wallet has fans! 😂😂😂#SkeemSaam pic.twitter.com/Mod6w5C8uS

Don't you recognize the greatness that sit's before you? 😂😂😂 Wallet maarn! #SkeemSaam pic.twitter.com/deObvNv5Wa

Big up #Wallet for speaking up for yourself #SkeemSaam pic.twitter.com/CZLPywyK8F

Dawn T King on being a traditional healer: I will open a practice one day

"I would love to have a dedicated practice, and essentially that is what I need to have"
TshisaLIVE
4 years ago

"If a relationship isn't working out I will move on to find my happiness somewhere else and I won't apologise for living my life," says Mshoza.
TshisaLIVE
4 years ago