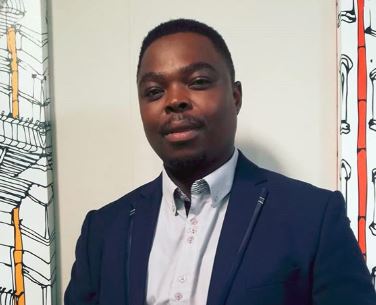 Actor Siyabonga Shibe has played some chilling on screen characters in his career.
Image: Via Instagram

In over a decade of acting Siyabonga Shibe has brought an array of characters to life and the actor told TshisaLIVE that one of the most disturbing things for him was realising that these men, although fictional on TV were reflections of men he's seen in his life.

Siyabonga said some of the characters he's played were so evil that they left him traumatised, like Matthew on Mzansi Magic's Isthunzi.

"It is actually sometimes a traumatizing experience. Some of the men I play are disturbingly evil, which is why it is vital to learn to separate oneself from the character. That is where experience has helped me because some of the men I get to play even shock me."

Isthunzi was an award winning drama, in which Siya played the character of Matthew, an overly religious man who raped and impregnated his daughter and killed her mother for threatening to leave him when she found out.

The actor, whose currently in Mzansi' TV rooms as a cop who is the brother of Nkunzi (Masoja Msiza) on Uzalo, has played different men over the years starting with the popular Sifiso in Gaz’lam between 2002 and 2005.

Siya said it saddened him that the evil men he played existed in reality and added that as a man in SA at the moment, he wanted to help combat things like woman and child abuse and femicide with everything in him, including his art.

"Personally, I believe that men need to start with introspection. We should be taking care of our woman and our children. A man need to know his values and his principles, it begins with one taking care of himself. We have work to do individually first because the minute you bring someone else into your life, they won't be "yes people" and if you are not self-aware that's where the problems begin."

Siya said because of his art he has been able to start conversations with other men about the underlying issues that have to be dealt with, in order for men to do better.

He said while it was his job to portray all sorts of characters, he hoped that viewers always learn something from the stories he helps to tell. Siya added that the introspections followed by conversations with men would help a great deal.

"As men we talk among ourselves and we do talk about these things but perhaps it needs to be a more structured conversation. Because, the men I hang out with, we really do find ourselves discussing the rise of domestic abuse and how as men we can combat it."

SA needs to look at all methods that can be used to combat this.

Would you pass up a free wish? Probably not, but Noluthando would!

Noluthando Meje gets candid about the woman away from the spotlight.
TshisaLIVE
3 years ago

The incident is still under investigation.
TshisaLIVE
3 years ago