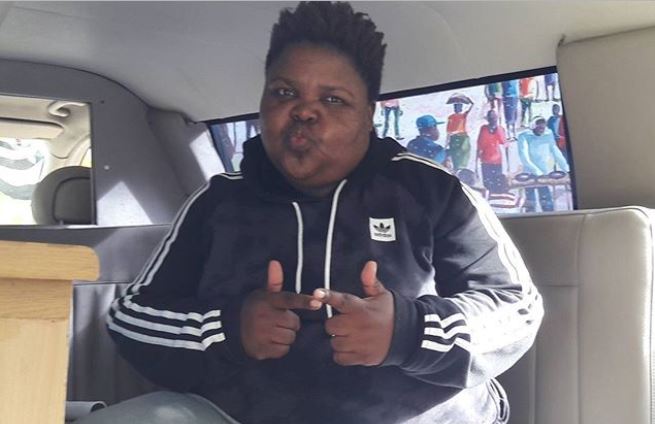 As a former teacher comedian Khanyisa Bunu knows all about the drama that can unfold in a classroom and what it takes to discipline students.

Khanyisa, who has also starred as Nobuhle in  SABC 1's Ses'Top La left teaching a while back to pursue her dream of storytelling.

Speaking to the panel of presenters on Trending SA this week Khanyisa said she was a naughty child but as a teacher struggled to deal with naughty kids.

"I couldn't deal (with the naughty kids). Especially because students have changed. It was not like us in the olden days where the teachers would show you a sign that meant they were going to beat you and you would get scared."

She said that teachers nowadays have to talk to children and even telling them you would punish them often does not work.

"You have to be a bit harsh," she added, before repeating a threat she would often tell those who were not behaving.

A learner allegedly stabbed and killed a teacher last week at a school in Zeerust‚ North West leading to an outcry on social media and action from police who arrested the student.

That was followed by a video of a 19-year-old pupil assaulting a bus driver went viral.

Khanyisa told TshisaLIVE last year that violence and bullying in school had to stop. She said that growing up she was a joker but never a bully.

"I've always been a "joker", like always finding the lighter side of things in everything; school, life everything. I used to make jokes even back in primary, as many (kids) do but I wasn't a bully. Bullying is (serious), I was bullied. There was just this particular boy who would just pick at me. It wasn't funny, it was too traumatising."

Khanyisa Bunu has depended on the support from fans to keep her going in this industry.
TshisaLIVE
2 years ago

Khanyisa Bunu's role as Dambisa has impressed Scandal! viewers but she's here to tell an important story.
TshisaLIVE
2 years ago

Comedian and former teacher, Khanyisa Bunu has learnt through personal experiences that there is a big difference between joking and bullying, and ...
TshisaLIVE
3 years ago
Next Article