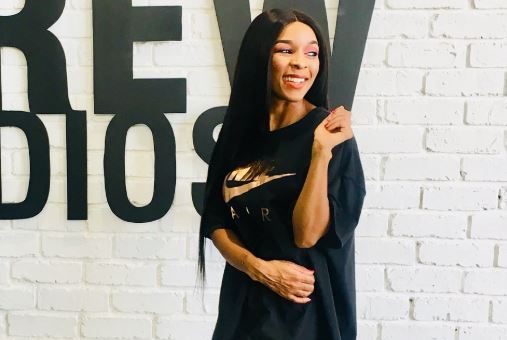 Zama Ngcobo is showing another side of public figures on her show 'Leading Citizens'.
Image: Twitter/ Zama Ngcobo

Zama Ngcobo wants to leave the "drama" surrounding her Ukhozi FM radio exit behind her and focuse on changing Mzansi's view of public figures on her show Leading Citizens.

Zama left Ukhozi last year to pursue other ventures, which included developing the concept for Leading Citizens. That didn't stop some the rumour mill from going into overdrive with claims that she had been forced out of the station after getting "heat" from listeners.

"I don't know where the rumours come from. It is a story that has been left unaddressed and which I have never felt at anytime needed to be addressed. There was no point where my contract was terminated. I don't know where people get that idea from. I worked at Ukhozi and I left out of my own accord because I wanted to leave for other projects. I knew the time this project (Leading Citizens) would take and I wanted to give it the attention it deserved.

"Maybe it is just people being malicious but I don't entertain social media rumours. I never get it. I wasn't even called in for a disciplinary hearing. I have no idea where it comes from. I wrote a resignation letter because I wanted another challenge."

Zama said she would love to return to radio in the future and had not closed the door on the idea of taking the mic at a commercial station in the future.

But right now she is focused on the show.

"I just want to tell beautiful stories about South Africans. It has been an amazing journey so far documenting positive and inspiring lives. We see these people in the public spotlight but we can be inspired on a new level."

She said that she had been blown over by an interview she did with former president Jacob Zuma, one of his first since resigning from office and Robert Marawa who recently suffered a second heart attack and revealed his battles to Zama on the show.

"South Africa is going through a lot of negative things at the moment and I want to change the narrative. I want to show the human beings behind the people who make the news. It's fascinating to hear their struggles, challenges and their victories. "

Bonnie Mbuli has no time for 'celeb mean girls'

"I know men don't want to talk about this , but sexually, I wasn't performing well," Luyanda explained the motivation behind his weightloss.
TshisaLIVE
3 years ago

Siv speaks about depression amidst HHP's death.
TshisaLIVE
3 years ago