Boity gets her first ever nod at the #SAHHA2018 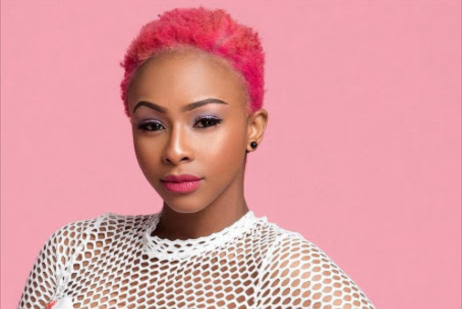 Boity Thulo got a nomination at the SA Hip-Hop Awards for her song Wuz Dat.
Image: Supplied

It looks like when Boity rapped about being Ray Charles in any competition, she was onto something. The SA Hip-Hop Awards announced their 2018 nominees and surprise surprise, Boity's Wuz Dat scored her a nod!

The TV personality-turned-rapper, who released her song which features Nasty C in August and even though she received a lot of negative feedback, she also bagged a lot of love.

Well, it seems the love didn't go unnoticed because Boity has scored a nod for Best Collabo at the SAHHA.

Clearly in disbelief herself, Boity took to social media to express her gratitude.

"My first ever nomination. This is a huge milestone for me! Thank you so much!" she wrote.

Meanwhile, Twitter went berserk after the announcement was made with both good and bad reactions. Most people wondered how A-Reece was overlooked but Boity was recognised.

Why @reece_youngking is not nominated is beyond me ,no female rapper category ,
Yes we love boity but Shem moghal doesn't deserve a nomination
All in all these awards are trash #SAHHA2018 pic.twitter.com/WCsKlK2UaF

In addition to that chaos caused by Boity's nomination on the social media streets, AKA revealed that he's decided not to submit because apparently awards don't mean nothing to him.

Then Cassper stunted on haters about how he's leading the pack this year.

Here are the rest of the nominees.

WATCH | The last music video HHP featured in with Lection

From Rouge to Moozlie, the local queens of rap are succeeding in a genre dominated by men who've made a fortune degrading women in their songs
Lifestyle
3 years ago

Long after Nomuzi Mabena aka Moozlie introduced her rapping alter ego to Mzansi, her fans are still waiting for her debut album but she's revealed to ...
TshisaLIVE
3 years ago