From Rouge to Moozlie, the local queens of rap are succeeding in a genre dominated by men who've made a fortune degrading women in their songs 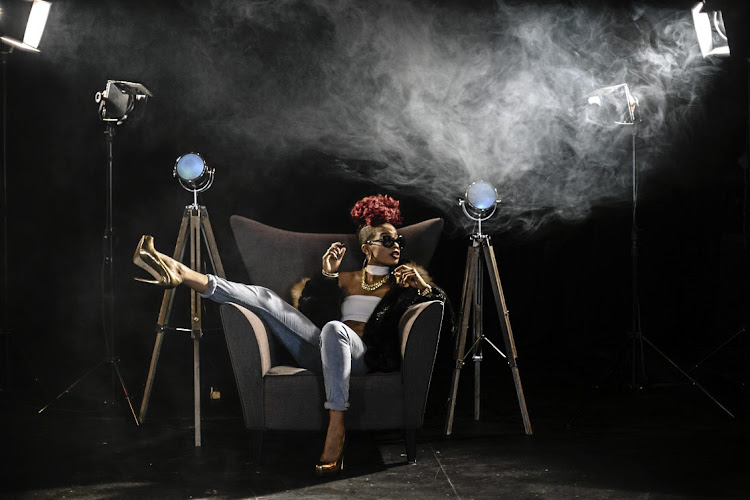 Rapper Rouge scored a 2018 Sama award for Best Music Video Of The Year for her track 'Arumtumtum'.
Image: Supplied

Sex symbol, decorative accessory, arm candy, trophy babe, an amalgamation of breasts and ass and hair - the portrayal of women in rap has, for the most part, been pretty objectifying.

"If we give credence to rap videos, women have nothing to say in hip hop. They remain mute and passive: women don't act, they adjust themselves and think only about the men they are after, for whatever reasons," writes Kiwi Menrath and Clara Völker in their 2012 anthology of female hip hop.

But things are changing thanks to an evolving consciousness about the role of women in society and a new breed of female rappers is adjusting the dominance of the misogynistic male point of view in this music genre.

These are the local rappers offering audiences their own voices and succeeding in a genre dominated by men who have made a fortune demeaning and degrading women.

Hats must be tipped to the all-female group Godessa, who made it big on the local hip-hop scene in the early to mid-noughties, setting the stage for the women who are getting airplay now. Their music played at parties and featured on playlists from 5FM to YFM.

Lead rapper Shameema Williams was an activist in the hip-hop community in Cape Town and Godessa was the first all-female hip-hop crew in the country to sign a recording deal with independent label African Dope Records.

Now a host of young female rappers have followed in their footsteps and are speaking out for female confidence, empowerment and independence and on social awareness. They include:

Deko Barbara-Jessica Wedi, professionally known as Rouge - she has striking red hair - is a new-school rapper, hip-hop artist and author of Congolese heritage from Pretoria.

Rouge won "Best Female Rapper" for her album The New Era Sessions at the South African Hip-Hop Awards in December 2017 and her trap-styled upbeat rhymes and great visual style scored her a Sama award last month for Best Music Video Of The Year for Arumtumtum.

She was nominated for Newcomer 2018 award and for the Best Rap Album award at the Samas, both for New Era Sessions. She ripped up the stage at the awards with Dololo.

Refilwe Boingotlo Mooketsi is an award-winning South African hip-hop artist widely known as Fifi Cooper. Having started her career as an R&B singer, she is regarded by many as "The First Lady of Motswako".

In November 2015 Fifi Cooper released her debut album titled 20FIFI for which she received three nominations at the Metro FM Music Awards in 2015 and won in all three categories - Best Newcomer, Best Produced Album and Best Female Album.

WATCH | The music video for Fifi Cooper's track Take Me Back

She also got two nominations at the 2016 South African Music Awards for Newcomer of the Year and Female Artist of the Year.

Last year Cooper started her own label, MoCooper Records, and like a woman on a mission released the single Power of Gold inspired by how drastically money can change people. Her album is said to be coming this year.

Nadia Nakai Kandava is known for hits like Amantombazane, Money Back, Ragga Ragga and more. She is signed to Cassper Nyovest's Family Tree. In 2016 she released an EP, Bragga, and is releasing a full-length album this year.

WATCH | The music video for Nadia Nakai's track Money Back

She told Superbalist the album will showcase different sides of her character. "It's gonna have different sounds, stuff that I grew up with, samples that I resonated with when I was younger."

She has her sights set on the international market and working with Drake, Wizkid and Jay Z.

She released her full-length album, Versus, in June. She told TimesLive: "For me it's all about women and I really want to bring that out in my music. I don't think it has to be in a crazy, dark, overly conscious way. Because Rouge and I did Mbongo Zaka and it had a great vibe. It wasn't just a trap song."

Along with these queens of rap, the South African music scene is also brimming with tracks by Boity, Delta The Leo, Yugen Blakrok, Yo-Landi Vi$$er and Patty Monroe, each of whom is bringing a powerful, unique voice to the rap scene, mixing languages and flirting with gender biases while revelling in their sexuality and confidence and giving the males a run for their money.

Yugen Blakrok was used to 'no' when trying to promote her music- until a big recent breakthrough, writes Tseliso Monaheng
Lifestyle
4 years ago