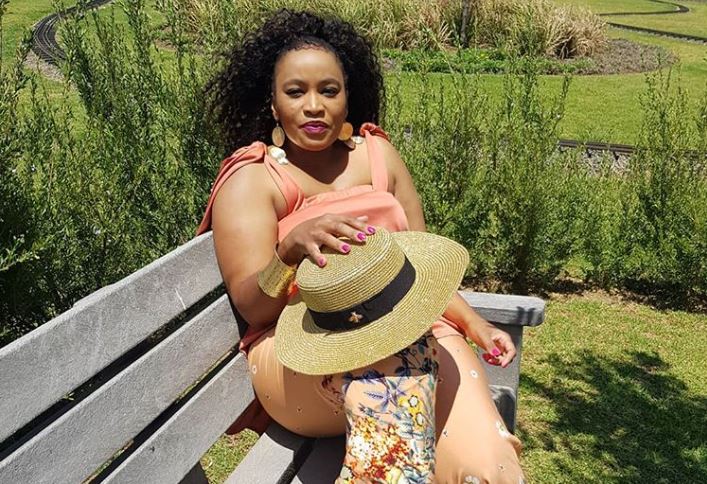 Isibaya actress Ayanda Borotho has weighed in on the feud between Lerato Sengadi and HHP's family, explaining how incidents like it can come from the confusion people have when they abandon their culture.

After being rejected by HHP's family as his wife and excluded from all funeral arrangements, Lerato took the late star's father Robert Tsambo to court last week. The court found that by law HHP and Lerato had entered into customary union and that all his belongings should be returned to her.

While the nation has been debating over whether the courts were right, Ayanda took to social media to share how the drama had "absolutely broke" her heart.

She said that while many had questioned what Lerato's standing was after separating from the rapper earlier this year, Ayanda claimed such questions were only asked of women.

"You know the term umabuyemendweni? That term exists for women only. Not men. It is almost as if the success of marriage is dependant on one person: the woman. It doesn't matter what he does, uyibamba ishisa ntombi but hang on...kusha bani, eshe lani? It's interesting to see also (and I have many times) where a woman is estranged from her husband and when he passes away, bayakulanda uyohlala emakhandleleni. But should a woman pass away in this period..well...abakubo will take care of that! "

She said that often women stayed in relationships that were potentially deadly because they wanted to show the world that everything was perfect.

"For centuries women have endured in relationships, in marriages that are toxic, abusive, destructive in every way and we do it so we can flaunt a diamond ring for a world and people who would be happy to see us dead."

The actress went on to question the principle of marriage when Africans abandoned their beliefs for western customs.

"I was really interested to know what constitutes a 'marriage' and by whose standards. Law? Family? The couple? Honestly. Someone said to me that this whole Lerato issue is confusing. I simply responded: it's confusing because black people abandoned who they are and accommodated practices that were not theirs. And it really is that simple.

"In our culture what was marriage before laws, prenup contracts and certificates? When we didn't have white weddings? You know the the term "ubuhle bendoda izinkomo zayo". Not decor. Not the ring. Not the wedding dress and suits. Not the cars. Izinkomo. Kanti zikhishwa nini izinkomo that qualify him as a man, with a wife? (Besengibuza nje ngesintu). Asikhulume magenge."

Isibaya's Ayanda Borotho snubs big deals: No money is worth diminishing my self-worth

Ayanda says that you have to stay true to yourself.
TshisaLIVE
3 years ago

Ayanda claimed we deny God when we refuse to help people because we think we are better than them.
TshisaLIVE
3 years ago

It seems Celeste Ntuli's rant over Zodwa Wabantu's pantyless antics may have opened the door for others to speak out and actress Ayanda Borotho has ...
TshisaLIVE
4 years ago