Moonchild on naked club: It's not a brothel. There's no exchange of money for sex 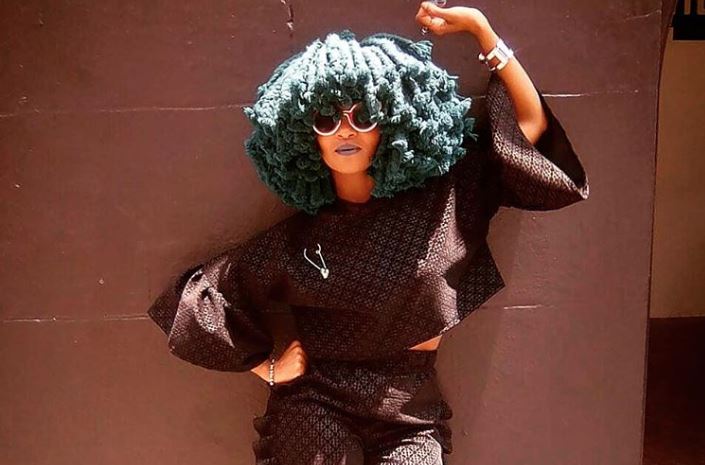 Moonchild is not willing to compromise who she is and sex is her thing.
Image: Instagram/ Moonchild

Contrary to popular belief Moonchild's upcoming 'Naked Club' is not a brothel but should be viewed more as place for people to explore their sexuality, the singer has revealed.

The singer told TshisaLIVE she wants to be "the face of sex" in SA has hogged headlines over the past week after she revealed that she would perform naked for her upcoming birthday party.

It is also in anticipation for the opening of her #NakedClub.

Moonchild has a residency at a strip club where she has performed with strippers but for her a Naked Club can make the experience even better. She explained that contrary to popular belief she wasn't opening a brothel.

"It's not a brothel. There's no exchange of money for sex in a club like the one I intend to launch. It would be membership only," she told TshisaLIVE.

Moonchild explained that there would be a strict application process and that for her security was the biggest thing.

"There'll be an application process to protect the people that want to be in this space to explore their sexuality and just be able to be themselves without being judged. The biggest thing for me is that the difference between this kind of club and a normal club - where people are already half naked - is that people are afraid of being violated."

The Makhe singer said the one stand out element of her naked club was respect for other peoples' bodies and how they express their sexual freedom.

"This is about the ultimate level of confidence. Loving the idea of being naked and embracing it. The one thing about this club is that you will be respected. No one will touch you (unless you consent) and no one cares about your body shape, you just walk around free."

Moonchild added that there would be no tolerance of invasion of privacy through things like cameras and that when people are in the club, they could indulge in their sexual fantasies.

"When you see someone you like, you can have sex... like there'll be no monitoring or anything like that. And no, I am not selling sex."

Critics thought Moonchild's "obsession" with sex was just a phase or a publicity stunt but Moonchild emphasised that sex wasn't just a thing for her but it was a big part of her identity.

"I'll never be tired of being who I am. It doesn't matter if you are tired of it, I won't. That's part of the reason why my message has longevity because it's not a publicity stunt or something I came up with as a formula for publicity because I have a big booty. It wasn't created for me by someone for me to be famous, it is my mission.

"This has always been who I am and there was a lot of sacrifice that came with it. There was a time people just didn't book me because of who I am and what I do and say. Even during hunger times, I could have changed but I didn't. "

"I want to rephrase the meaning of sex. The word sex needs to change to be associated with responsibility, openness, conversation and just knowing that there are outlets to discuss and express it fully."

Muso Khuzani Mpungose wants to make sure he is protected.
TshisaLIVE
3 years ago