Tory Lanez bodies Joyner Lucas & the internet is a mess! 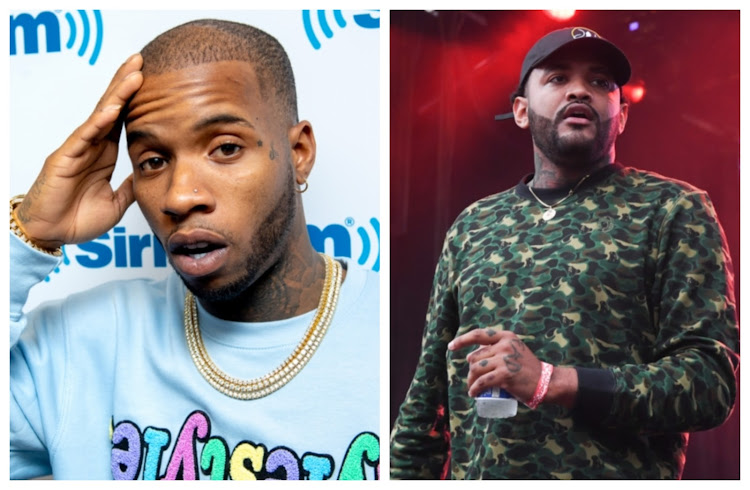 Welcome to 2018 : it's exactly like 1995 but a bit more depressing. The good news is you'll mostly be able to keep up with the lingo cause Tory Lanez is keeping the spirit of the "dweeb" alive.

The US rapper caused chaos on Twitter on Wednesday night when he dropped not one but two diss tracks aimed at his rival Joyner Lucas.

The pair have had a back and forth all week and have been dropping freestyles quicker than Ginimbi drops coins.

But it was Tory's latest exchange that had everyone ducking for cover. Some of the lines from his diss to Joyner include: "Eminem couldn’t get you to a million on the Gram. Chris Brown tried n*gga failed both times. I took to your page a million in a day. If you ask me n*gga, I’m your motherf**king co-sign.”

Dude even threw in throwback phrases like "dweeb" and "geek".

Tory even mockingly pretended to be Joyner on the track. It was quite hilarious

Music fans were listening and went in hard with the memes.

A moment of silence pic.twitter.com/G3izNA7Dry

Of course, yáll knew that Joyner was gonna come with the heat too. He aimed right back and shot HARD!

Joyner's stans were convinced he won this round.

After listenin to Zeze Freestyle, I'm like, man is Joyner Lucas really goin murder Tory like this? 😱🤔 pic.twitter.com/Nag83myqc7

Joyner Lucas won. That is all. Also, I’m below average height pic.twitter.com/DeZ2dbiM82

The pair later returned to social media to address fans and explain that they are all good, they are just doing it for "the sport".

It’s all love with Tory Lanez and Joyner Lucas. This is already a fire exhibition.
pic.twitter.com/gEIUEfuiIA

This is sure to brighten up your weekend!
TshisaLIVE
3 years ago

Prince Kaybee could release final track with HHP as tribute

Prince Kaybee says he was devastated by HHP's death.
TshisaLIVE
3 years ago

Slikour opens up about depression: I felt that maybe I needed to die silently & people forget about me

Slikour says he felt like he was useless.
TshisaLIVE
3 years ago