Robbie Malinga Jnr: People think they know me, they don’t! 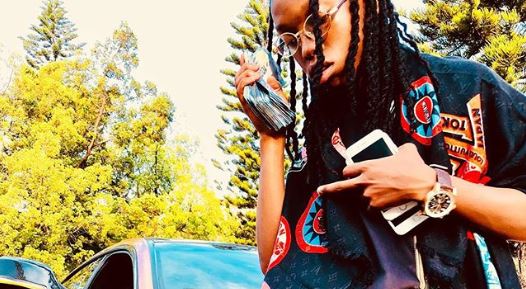 The son of late hit music producer Robbie Malinga has hit back at those who have questioned his flashy lifestyle, telling TshisaLIVE his haters have got it all wrong.

Robbie shot to fame in 2018 when images of himself with flashy cars, shiny jewels and designer threads started popping up on his dad’s Instagram page.

Soon sirens were going off from some in the industry who labelled his actions as “disrespectful to his father’s legacy” and a way to profit off his father’s fame.

Speaking to TshisaLIVE, Robbie says that he was misunderstood.

“People think that I am just this spoilt kids that is unruly and I get what I want. It isn’t like that. I am raised well. People can say what they want about me. I am just being a boy. I don’t listen because they people think they know me but they don’t.”

Known for his catchphrase “It’s too much”, Robbie has been teasing a reality show and music career. Dude was even spotted messing about in studio with rapper Priddy Ugly.

And while his journey into TV has looks set to dominate screens next year, he says his musical ambitions are on ice.

“I am really interested in music but I need to finish school first. I have to focus on that. I also want to get a degree in sound engineering, get a qualification, before I try make it as an artist. I know that my dad was a famous musician but I am my own person and I want to make it big on my own merit.”

Here's all the nominees for this year's event.
TshisaLIVE
3 years ago

What is it like to go to school an internet sensation? We got the tea from Robbie Malinga Jnr.
TshisaLIVE
4 years ago