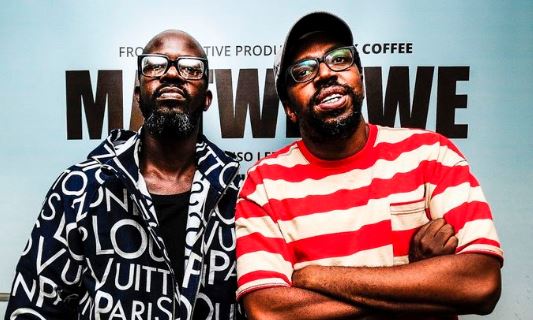 After dominating dance floors across the world with his music, DJ Black Coffee is also taking the movie scene by storm with his debut film, Matwetwe.

The film opened two weeks ago and Kagiso told TshisaLIVE on Monday that it had  already grossed over R2-million in just eight days.

"The film has been doing really well. We reached around R900,000 in three days and it has just gotten stronger from there. We are now over R2-million. It reached it in eight days and we are happy because it took eight days to make."

After a high public demand the number of cinemas it was being screened at also doubled in its second week.

"We are already blown away by the response from people. It has done so well. It has doubled its screens and I  think there will be one or two more cinemas debuting this week. It is about taking the film to places like Witbank. It is doing well in Mafikeng and even in Botswana."

Matwetwe tells the story of two best friends who have just finished matric and have an unforgettable New Year's Eve in Atteridgeville. Their adventures include: scoring a huge deal, dodging a kingpin gangster and winning over a girl.

Kagiso said the secret sauce behind the film's success was that it was so authentic.

"I think there is a certain kind of authenticity around the film. It's not like something people have seen before. I think it was well executed and unique. It is really cool that this little experiment is really paying off."

And we've got the deets
TshisaLIVE
2 years ago

The DJ has signed on for a second season of his residency in the party mecca.
TshisaLIVE
2 years ago

DJ Black Coffee is determined to juggle studying and his hectic schedule.
TshisaLIVE
2 years ago
Next Article