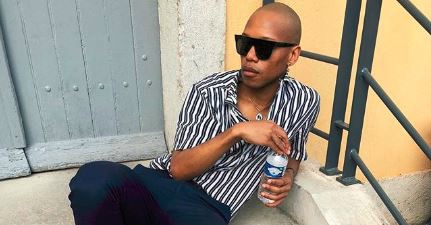 Fresh off the high of making another international must-watch list, SA muso Nakhane has scored a new gig as an ambassador for a same-sex safe-sex campaign.

Nakhane announced this week that he has teamed up with the Right to Care organisation and LifeLine Northern Cape for their Me1st campaign.

The campaign aims to ensure that "men who have sex with men prioritise their health, especially in relation to HIV and other sexually transmitted infections, whilst being supported through healthcare systems that are not judgmental."

The campaign has already launched roadshows across the country where it provides free HIV, TB and STI screenings. These services are also available through an easy booking system on its website.

The star, who is currently touring overseas said he was overjoyed at being selected for the campaign and said he had always been a staunch supporter of safe sex and regular testing.

I am happy to announce that I am an official campaign ambassador for @me1stsa; a campaign aiming to encourage men who have sex with men to have safe sex, and test for STIs in spaces free of discrimination. Go to the Me1st website for more information: me1st.co.za

Nakhane on Tanzania’s anti-gay laws: It makes me want to vomit

"Most of the time I am filled with so much rage at how hateful this world can be that I don’t even have the words to express it."
TshisaLIVE
3 years ago

The star has topped another prestigious international watch list.
TshisaLIVE
2 years ago