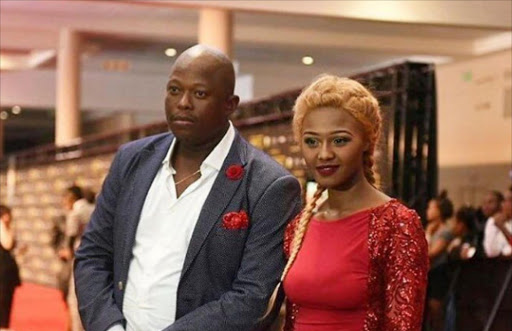 Babes Wodumo and Mampintsha have both laid assault charges against each other.
Image: Instagram/Babes Wodumo

Maphumulo’s lawyer on Tuesday said the musician was in the process of laying assault charges when they were “interrupted by a provincial task team” and could not complete the process.

Mampintsha has not yet opened case against Babes Wodumo, say cops

Durban musician Mandla “Mampintsha” Maphumulo has not yet opened a case against gqom singer Babes Wodumo.
TshisaLIVE
3 years ago

The musician appeared in court on Tuesday on charges of assault. A video, which appears to show him assaulting Simelane, went viral on Monday.

Outside court, Maphumalo admitted to “hitting” Wodumo, but said she was “provocative”.

“I hit her twice on her back, not on her face. At times she beats our drivers. She is also violent and fights a lot.”

Simelane’s father said in a press conference on Tuesday that she was in hospital, but a family spokesperson later u-turned on this, saying she was at home receiving treatment.

Several attempts to get comment from Simelane's family by TimesLIVE have been made. They have not responded to allegations that she assaulted Maphumulo.

Gqom musician Babes Wodumo has broken her silence on the viral video that exposed the alleged abuse she's been enduring with a short statement shared ...
TshisaLIVE
3 years ago

A video of gqom musician Babes Wodumo purportedly being physically abused by a man believed to be her long-term boyfriend, musician Mampintsha, has ...
TshisaLIVE
3 years ago