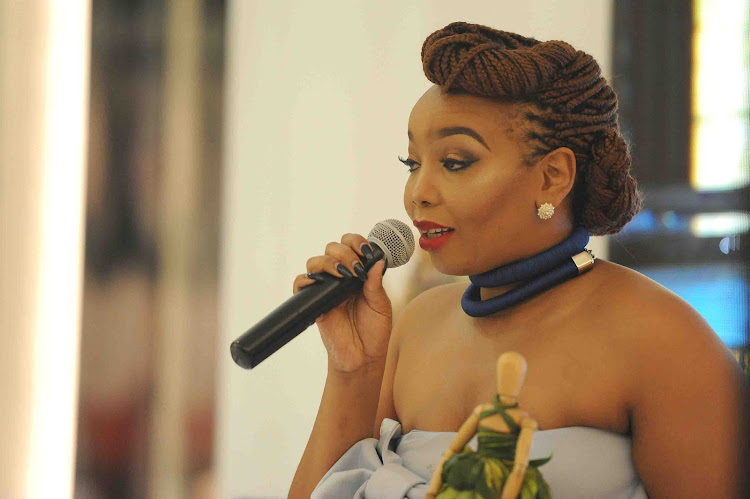 Actress Thembisa Mdoda has weighed in on the national debate around the arrest of Gugu Ncube, claiming that so many women like Gugu were suffering in silence.

Gugu dominated social media timelines on Wednesday when she was arrested for staging a naked protest at the Union Buildings in Pretoria and charged with public indecency.

"I am a victim of sexual harassment at UNISA. They claim that I resigned, I never resigned. They chased me away from work because I refused to sleep with my manager," read a placard Gugu carried.

In a statement, Unisa said, "The University has noted with regret and great concern the intention by a former employee of the external company that was previously sponsored by Unisa, called the Unisa Centre for Early Childhood Education (UCECE), Ms Gugulethu Ncube, to stage a one woman protest at the Union Buildings"

As a video of Gugu being forcefully removed by police went viral, Thembisa joined the chorus of voices on social media, who slammed the arrest.

"What happened/is happening to Gugu Ncube is despicable. The saddest part is that there are many more women, like her, suffering in silence. Bafazi, sithwele! #GuguNcube"

Thembisa went on to share a poem about abuse.

Even in pain. She wears the world well 🚺 !!! pic.twitter.com/y99NFoXpNj

Other celebs, including YFM's DJ Zan D and poet Ntsiki Mazwai, were also outraged by the arrest and made their feelings known on Twitter.

They charge #GuguNcube with public indecency but they smile and pose with others 🤷🏽‍♂️ pic.twitter.com/mDTVFs2nCi

QHAWEKAZI WE SALUTE YOU

Gugu will appear in the Pretoria Magistrate's Court on Thursday.

Meet me tomorrow @ Pretoria Magistrates court @8:30. The police charged me with public indecency. I will b pleading not guilty. It's my right 2 demonstrate without causing any violence. Khoi people are naked at union buildings and nobody is arresting them. I won't b intimidated

Police on Wednesday arrested a former Unisa employee for a semi-naked protest outside the Union Buildings in Pretoria - but many are unhappy at how ...
News
2 years ago

Celebs weigh in on the #OpenUpTheIndustry debate
TshisaLIVE
2 years ago

Why do celebs feel bullied by #OpenUpTheIndustry or is it greed?