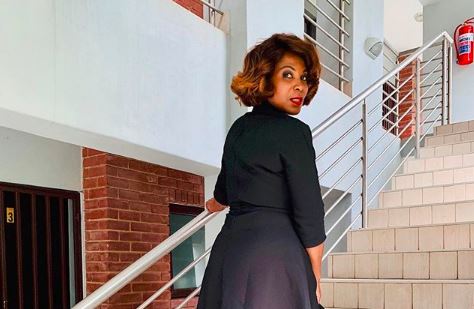 Just weeks after having to bury a family member, Refiloe was left shocked and upset when she moved into a relative's house and found it already occupied by tenants.

The worst part is the tenants didn't want to leave.

Ma spent nearly R200k buying the house after her relative's death, but it threatens to be a wasted investment because the tenants aren't budging.

Desperate, she turned to Moja Love's reality show, Kukithi La, to help her solve her issues.

But that brought more drama, amid accusations of dodgy business and sketchy lawyers.

Refiloe bought a four room house from a family after the owner Sipho James Khanyile passed away in 2016. To her shock after receiving the tittle deed and ready to move in to the house, she found tenants occupying it.

On social media, fans of the show could relate to Refiloe's pain and filled timelines with memes and messages.

The general consensus was that she needed to get the cops involved and kick the tenants out.

Ei but the way they told that other woman she has no business sitting there 😂 #KukithiLa pic.twitter.com/BFcqSomKV2

She bought the title deed fair & square. its hers.
Whats more to argue about. #Kukithila pic.twitter.com/hwH38iXYOA

This should be her on the phone with the cops to come evict the trespassers #KukithiLa pic.twitter.com/NdUawM3Jxu

IN MEMES | Biggest lesson to be learned from Kukithi La: Get a will!

Social media users realised the importance of having a will.
TshisaLIVE
2 years ago

Yoh! Time to get a will for your one-room.
TshisaLIVE
2 years ago

'5 years rent-free? People are living in heaven’- All the drama on Kukuthi La

Get the chains, Leah wants to lock them out.
TshisaLIVE
2 years ago