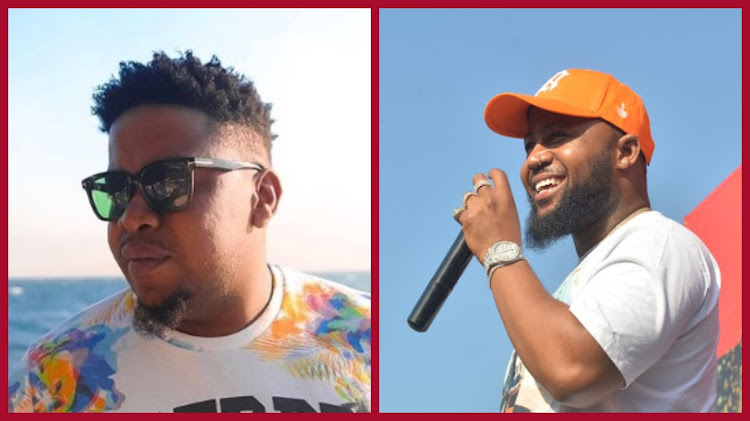 As the internet still recovers from the petty party thrown by AKA and Cassper over Diddy's Cîroc watermelon announcement, Cass found himself in awar of words with fellow muso JR.

AKA and Cassper both had a social media meltdown on Tuesday evening when US star Diddy teased the launch of Cîroc in a watermelon flavour. Cassper is an ambassador for Cîroc, while AKA launched a watermelon-flavoured range of Cruz Vodka.

The pair have long taken shots at each other over who has the best vodka and when fans saw that Diddy was joining the watermelon wave that AKA has been riding, they suggested it was a defeat for Cass.

Feeling himself after Cîroc announced that it would not be releasing the flavour in SA, Cassper confronted JR, who had earlier tweeted his excitement at watermelon Cîroc coming to our shores.

Nazo! Not a vodka fan but being a South African and a marketing enthusiast I’m excited about this! pic.twitter.com/k2aFaToKDe

JR was not here for Cassper's tweet and told him as much in a heated response.

Mfanakithi, if you READ that tweet, you’ll see that it was about more than you, and your vodka beefs. Sometimes read to understand, not just respond. I actually don’t give 2 fucks about your Ciroc or Cruz vodkas. https://t.co/5aawpIQyr4

He ended his response by flexing just a little.

Anyway it’s a beautiful day in London. Let me go have this dinner meeting. 😊

By then Cassper had shifted his aim to another celeb who had weighed in on the watermelon debate, telling Tresor to calm down and go play with his guitar. 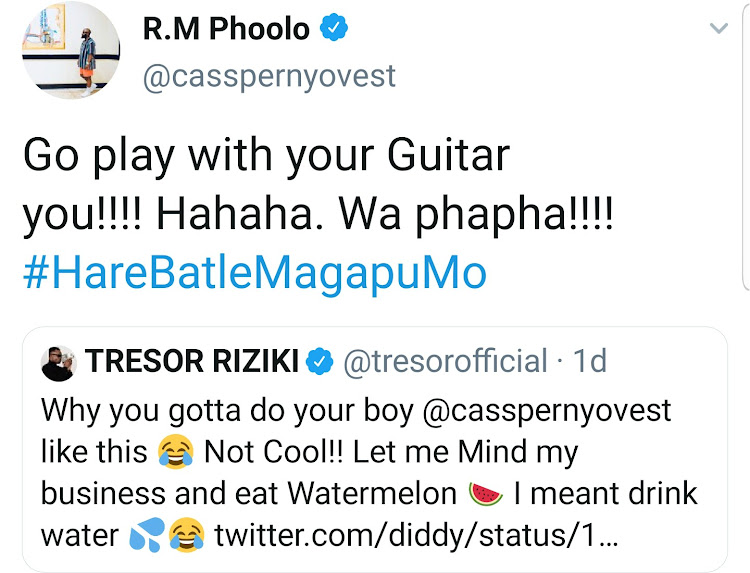 Tresor clapped back but also made it clear that he wasn't beefing with Cass.

Thula wena @casspernyovest 😂💎 that guitar is busy reviving African Pop Music 💎🌎 On a Real Note ,I am Mad cause🍉🍉🍉🍉 is high level source of inspiration!Try It regularly and your life might change for ever.This is personal 🍉🍉🍉🍉🍉🍉🍉🍉🍉🍉🍉 #EverybodylovesWatermelon https://t.co/uvWQZHAHFg

These kids don’t understand humor 😂😂😂 Like calm down kids! That was a genuine Joke!There’s life to be lived away from these Twitter streets 🍉 Go Fetch Your Life 💎 Don’t be distracted. All Light and Love 🌎🙏🏾

Nah fam! Not in my nature and I don’t have any problem or bad vibe with Cass 😅

And what would a gloating gala be without a little spice and shade?

Cassper recycled a tweet from AKA on Tuesday about laughing last to make a point.

Eish ,You know me I don't know this super mega english words well. Please help me guys ? The saying goes " He who laughs last laughs what what what kana ?" Please help me. #HareBatleMagapuMo pic.twitter.com/VGaS9D3JLr

Cîroc confirms that the flavour won't be headed to Mzansi.
TshisaLIVE
2 years ago

Will Mufasa and the Super Mega ever be friends again?
TshisaLIVE
2 years ago

Tweeps have asked Cassper to keep some things to himself following a series of tweets about self-love.
TshisaLIVE
2 years ago