IN MEMES | The Mselekus are back, but all fans want is wife number 5! 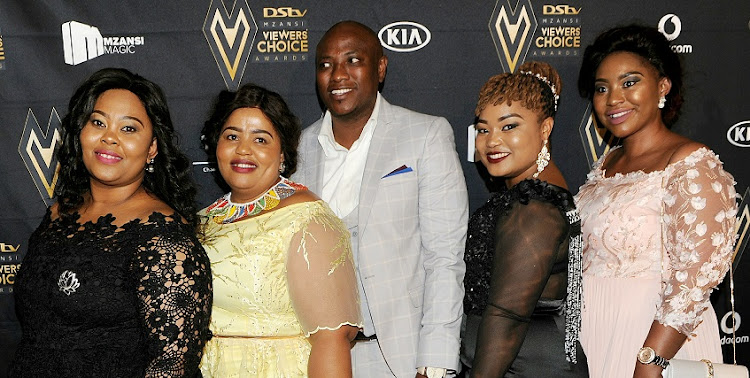 The Uthando Nes'thembu gang is back with more drama, tears, fights and laughter, and viewers are excited for their return - particularly the prospect of wife number five!

The popular reality show, which follows the lives of Musa Mseleku, his four wives and children, aims to take viewers into the reality of living a polygamous lifestyle. After two successful seasons, the dramatic and entertaining family made its return with season three - and from the first episode, it was spicy AF!

Musa wants to take wife number five but most of his wives aren't having it. Viewers were glued to their seats as the family went around expressing their opinions on the matter.

It looks like it's going to be a LIT season and if social media is anything to go by, viewers are ready to see this "wife number 5" - they had the memes!

When the other wives are against the new wife and maCele says if he doesn’t take no.5 it means isithembu simhlulile #uthandonesthembu pic.twitter.com/CrYVfBkHjB

#Uthandonesthembu bring in wife number 5 so that we have the drama, sauce, flavor, knorrox and spices pic.twitter.com/PdaAfXoggu

Thobile doesnt have an issue with no.5 while its a no, no for MaCele. Will Mseleku succeed with convincing the family? 😬 #Uthandonesthembu pic.twitter.com/pMjEg4Ffmz

#Uthandonesthembu Mayeni genuinely loves Mseleku no women will be happy to share someone she really loves with the whole nation jus for husband's selfish needd.I don't understand why MaCele and Makhumalo doesn't have problem with number 5 pic.twitter.com/dm921W1wD8

This " Number 5" is going to be a problem #Uthandonesthembu pic.twitter.com/x6d00PQirf

Mr Mseleku is planning wife number 5 while am struggling girlfriend no1 #uthandonesthembu pic.twitter.com/7XQ5K1rwjW

What difference will number 5 do? There's a lot of them already.... Mseleku must bring that Friday. #Uthandonesthembu pic.twitter.com/YrmrSAhJMt

Does wanting many children count as a good enough reason to have no.5?
The troubles that come with #Uthandonesthembu continue next week, 8pm
on @Mzansimagic Ch161 or on #DStvNow:https://t.co/YcuUxCAQ68 pic.twitter.com/W1Ty8GJ2ng

The former Generations star said many had tried to break and bury her, but she was proud of her resolve.
TshisaLIVE
2 years ago

Scoop Makhathini starts a mentorship programme for boys in the arts

Calling all the youngins trying to make it on these creative streets!
TshisaLIVE
2 years ago

Wouldn't that be exciting?
TshisaLIVE
2 years ago