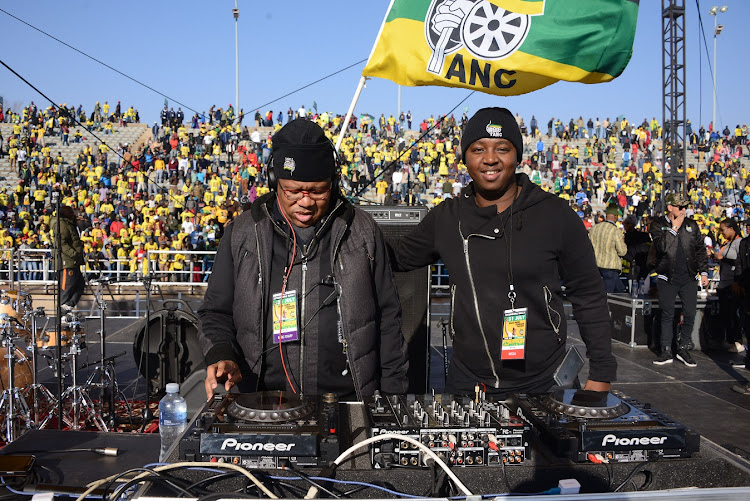 DJ Shimza has once again got tongues wagging after he spoke at the ANC's Siyanqoba event on Thursday evening, where he claimed he owed his success to the ruling party and the opportunities given to him by government.

Shimza, an outspoken member of the ruling party, told delegates that he came from Tembisa, "where if you are not focused, you can derail".

He said he got a lot of support from the party.

"I know that if it was any other political party, it would be very difficult for me to achieve some of my vision. They are helping me create what I feel can be one of the biggest things in South Africa (with his one-man shows) ... If it was still 19-something, we would be ducking teargas and stuff. But now we are free and can do what we want, and believe in."

From Tembisa to Paris, DJ SHIMZA credits ANC policies that have enabled him to be a musician and businessman that he is. This has also enabled him to invest back in his community. #GrowSouthAfrica #voteANC #ANCSiyanqoba pic.twitter.com/RtGHOTw1eI

Shimza has nailed his colours to the mast in the past, telling TshisaLIVE earlier this year that while he liked the EFF, he was going to stick to the governing party for now.

"I am voting because I want the ANC to win. I feel like they are trying, man. We are building a country here, not some playthings, and it takes time. Rome wasn't built in a day. I feel like people make it seem as if the ANC hasn't done anything, but they've been working and have done a lot for the country. There's evidence everywhere."

His view was challenged by many of his followers and he responded by pointing out that he is a regular citizen before being a celeb.

"Konje, the time is near where we are 'celebrities' and not South Africans and can’t comment about the politics of the country we live in, the way we are going to be sworn at," he wrote on Twitter, next to a series of crying-with-laughter emojis.

Meanwhile, his latest comments have sparked fierce debate on social media. Some applauded him for inspiring others to vote, while others asked how much he was paid by the party.

I am his big fan but I'm not voting Anc #EFFchanceNow ANC wahlulekile Shimza ngowethu nathi.

How much was Shimza paid for this Gig😫😩

So ual are campaining ka shimza? He is my role model but im still not voting ANC 🤞🏾🤞🏾#EFFMayDayRally

Shimza mashimza. We will never be told by the enemy to abandon our political home. pic.twitter.com/gjO3qezqwz

DJ Shimza has been accused of not being in tune with the struggles of the unemployed youth.
TshisaLIVE
2 years ago

The star also laughed off suggestions that he was getting cars from the ANC in return for promoting the party.
TshisaLIVE
2 years ago