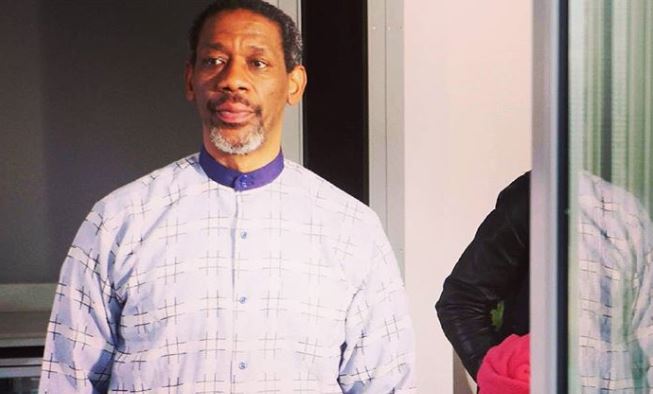 Veteran actor Luthuli Dlamini is one of the finest actors in SA and once again proved his talent, scooping the Best Actor award at the prestigious Nice International Film Festival in France.

Luthuli impressed judges with his role as doctor and mentor to a woman nearly crippled by an accident in the film The Furnace.

Led by Oscar-nominated director Darrell Roodt, The Furnace tells the story of  a recreational long distance runner who survives an accident but one of her lungs had to be removed. She also has to deal with the pain of her husband's death.

As she embarks on the long road to recovery she participates in the toughest and most dangerous race in the world, in the wild African bush, alone.

Jamie was nominated for Best Actress at the festival, while the film was also in contention for the Best Feature Film prize.

Taking to social media after his win, Luthuli posted a snap of the trophy and simply exclaimed: "We did it! Best actor award, yayi! Best team....Absobloodylutely luuurvleeeee!"

He was flooded with messages of congratulations, including from his co-star Laura.

"So proud of you, my dear friend Luthuli Dlamini for winning best actor at the Nice International Film Festival. For your unique, touching and beautiful performance in our movie The Furnace! I am blessed to have you as my friend and worked with you in The Furnace and in our short movie Double Blind. You deserved this award and deserve many others, you are one of a kind and one of the best actors I’ve ever met!"

Speaking about working with Luthuli on the film, Jamie told her Facebook followers that she was honoured to have worked with such an incredible actor.

"It was an absolute honor to work with this incredible actor, who was the largest supporting role in The Furnace Film. He plays my mentor in the movie, my doctor, and my physical trainer. I had a lot of scenes with him and he is so wonderful to work with. He’s a very seasoned actor. He’s a tv star in South Africa. Can’t wait for you all to see his performance."

Siba's latest season of her show, Siba's Table: Sibalicious, was honoured with a silver medal in the Entertainment Culinary Program category.
TshisaLIVE
3 years ago

And we've got the deets
TshisaLIVE
3 years ago