Others just wanted to know if this means he is only performing in parliament from now on? 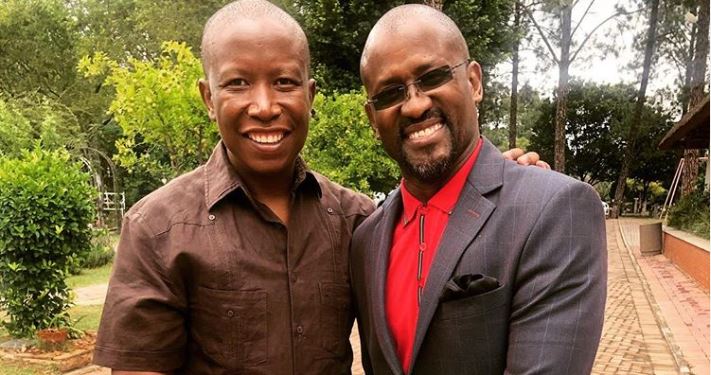 Musician Ringo Madlingozi took centre stage in parliament on Wednesday when he was sworn in as an EFF MP and was quickly asked to sing for the house.

The muso has been an advocate for the party but was a surprise inclusion on the EFF's parliamentary list released in March.

After a strong showing at the polls, the EFF rolled into parliament on Wednesday with more MPs than they had ever had before, and with Ringo in the ranks.

He was sworn in with other MPS as a festive mood took over parliament.

Ringo was cheekily referred to as "the honourable Sondela", after his hit song of the same name.

But one of the funniest moments was when Ringo was called on to sing a song while the house waited for the speaker's secret ballot results to come in.

In video clips that have been shared on social media an MP could be heard saying: "While we're sitting here can Ringo Madlingozi please fill in the gap".

DID YOU SEE IT | As MP's eagerly awaited results on who was to be NA speaker, they took the time to plea with multi-award-winning singer and EFF MP Ringo Madlingozi to sing. pic.twitter.com/9i3IjXXX7r

The award-winning artist was not having any of it and largely ignored the calls.

Meanwhile, social media was in meltdown mode, asking whether Ringo would now give up his music career and only perform in parliament.

Hope he will render some singing as times goes on during their seatings Ringo 😂😂 #6thParliament pic.twitter.com/jiqKEZAQYw

Ringo looking at them like: "I'm honorable Madlingozi, that guy who sings is not here" 😂🤣😂🤣😂 pic.twitter.com/vqdvvUH6fd

Ringo is done worrying about bookings and CDs. @EFFSouthAfrica pic.twitter.com/yJ5OP3mRDg

There goes my dream of having #Ringo perform on my wedding 😭😭😭

There goes my dream of having #Ringo perform on my wedding 😭😭😭

The EFF’s senior leadership stands at the top of the party’s list of candidates for parliament after the May 8 general elections.
Politics
2 years ago

Ringo Madlingozi will always be a hustler.
TshisaLIVE
3 years ago