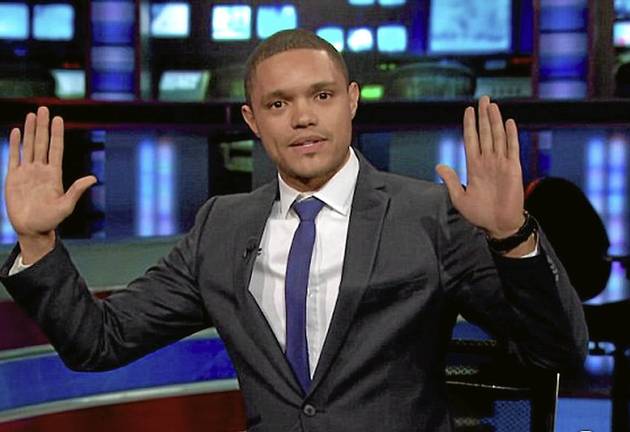 Comedian Trevor Noah has shared his opinions on the hot, messy situation rapper-turned-presidential candidate Kanye West has landed himself in, claiming the star needs help.

The comedian shared his thoughts on Kanye's “disastrous” rally that hogged global headlines. He spoke out about how he's concerned for the rapper's wellbeing and asked who people who care about him must take his mic away.

Trevor should have said they must take Kanye's Twitter away because his latest tweet-and-delete rant landed him on the trending list on Wednesday morning.

In a string of now deleted tweets, Kanye implied that his wifey Kim K had cheated on him with Meek Mill and revealed that he has been trying to get a divorce from her for a year.

Kanye be tweeting & deleting like we aint got screenshot 😂

But jokes aside Im tryna decipher this shit. Michael Jackson did tell us about Tommy Mottola (Head of Sony) being Devilish.

Twitter couldn't believe that these comments were coming from a guy who is really intent on becoming the president of a whole country.

Tweeps think Kanye is probably going through some type of mental episode and that people who truly care about him should make sure he stays away from Twitter and any type of public space.

“Kanye has been promoting a new album-slash-presidential campaign and it has not been going great.

“Honestly, guys, I don’t know what to make of this because my takeaway from this event is that Kanye West doesn’t seem well. I feel like someone who cares about him needs to take his microphone away. Although ironically, the best person for that job is Kanye,” Trevor said.

Someone needs to take the mic away from Kanye. Unfortunately the best person to do that… is Kanye. pic.twitter.com/4OcyhzON7w

"He's the new Julius in terms of attention-grabbing. But Malema is a political powerhouse. Kanye is car crash TV."
TshisaLIVE
1 year ago

The race is on: Kanye West registers official documents to run for US president

It isn't clear if Kanye West will register his candidacy in other states.
TshisaLIVE
1 year ago

Rapper Kanye West signalled he no longer supported US President Donald Trump and said he would enter the presidential race to win it, according to an ...
TshisaLIVE
1 year ago