'He gave us the best of himself': Bob Mabena's children pay emotional tribute to their dad 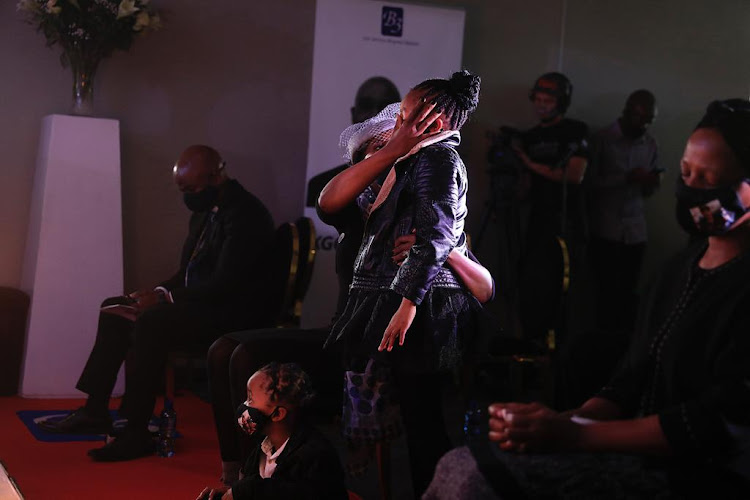 Radio and TV veteran Bob Mabena's children have opened up about the heartbreak they felt at losing their father, promising to carry on his legacy.

Bob died on Monday after suffering a cardiac arrest. He was 51.

They spoke fondly of their dad at a memorial service for the star in Johannesburg on Thursday.

His daughter Clementine said her father always made time for his kids and made them feel like the most important person in the world.

“I want to be greedy and say that I wished I had more time, but he gave me the best of himself, as he did with all of my siblings,” she said.

Bob Mabena made a name for himself as an impeccable broadcaster, lover of music and a "jammer"
TshisaLIVE
1 year ago

She called her siblings on stage and vowed to carry on her father's legacy.

"Nobody ever saw him coming, the way his career started, and nobody saw it coming. He never played by the rules. The Jammer journey doesn't end here, it will continue. It is in these faces.”

Another of Bob's daughters, Sihle, said the heartbreak was difficult, and shared a touching musical tribute to her dad.

Marah Louw on Bob Mabena: ‘You don’t expect someone you know closely to suddenly be gone’

Due to the Covid-19 pandemic, attendance at the memorial was limited to 50 people. Guests followed strict health and safety protocols, including wearing masks and social distancing.

Musicians Ringo Madlingozi and Judith Sephuma both performed at the service.

Several of Bob's close friends also took to the pulpit to pay tribute to him, including Winston Maimane, Nothemba Madumo, Given Mkhari and Melanie Bala.

Melanie, who co-hosted the popular TV music show Studio Mix with Bob, reflected on some of the great moments she shared with him.

She also shared how he would always try protect her, including after a stalker began harassing her.

Love is a verb. It's in the things you do. That to me was one of the things I loved about him as an individual.

“It speaks to the kind of person he was. When he said he cared about you, he didn't just say it - he showed you. Love is a verb. It's in the things you do. That to me was one of the things I loved about him as an individual.”

The star's family doctor and friend, Dr Tiny Mhinga, said Bob was an inspiration to him and like the younger brother he never had.

He said he saw Bob just days before his passing and referred him to a specialist for treatment in hospital. He spoke to the star, who was upbeat and assured him that he would be discharged on Monday, only to later learn that things had taken a turn for the worst.

“He said he was happy to go home, several times. All of us here didn't know what home he was talking about. Only he and his maker knew which home that was.”

Bob's funeral will be held on Saturday at 12.30pm, with a live broadcast of the service on YouTube.

"My mistake was I thought we had time".
TshisaLIVE
1 year ago

"I got a call from his wife while they were still driving home from the hospital to say that he had basically just stopped breathing."
TshisaLIVE
1 year ago

Bob said that at his age HIV was not his biggest worry but rather diseases such as diabetes, high blood pressure and heart attacks.
TshisaLIVE
1 year ago