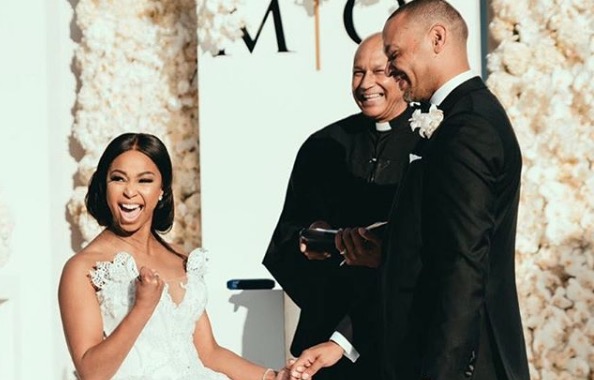 Media personality Minnie Dlamini has become the latest SA celebrity to announce that she and husband of three years Quinton Jones are expecting their first bundle of joy.

Minnie announced the news via Instagram at the weekend.

Several celebrities have either fallen pregnant, announced pregnancies or given birth during the coronavirus pandemic and have all shared their journeys on social media.

Here are four others:

The rapper and girlfriend Thobeka Majozi welcomed their first baby boy, Khotso on Sunday. The Phuma Kim hitmaker announced the news on Instagram with a picture of himself and a doctor in medical scrubs.

He first announced they were expecting in June. “I'm going to be a father any minute now so I decided to name my album any minute now (AMN)," he tweeted at the time.

Cici announced her pregnancy in February and gave birth to her first child in May. She named her baby boy Dialo and has even created an Instagram page for him. At just three months, baby Dialo already has nearly 20,000 followers on Instagram.

The Lockdown actress gave birth to baby Cebelihle in June. Zola also confirmed her pregnancy in February, with actor Thomas Gumede later confirming that he was the baby daddy. He shared a snap of the scan on Instagram which showed Zola's name.

The model is expecting her fourth baby later this year. She announced the news on Mother's Day and continues to document her journey on her Instagram page. She is now in her third trimester and recently shared that she still finds motherhood challenging, even during her fourth pregnancy.

Some days I feel ready for the challenge of having 4 young children under the age of 6 whilst being an entrepreneur and other days I feel totally overwhelmed! Even though it’s my fourth time around, it’s still super exciting and often daunting. So, for all of you moms out there expecting in these uncertain times, I know how you feel! Well, Pampers Premium Care is here to make one lucky mom’s parenting journey that much easier! Enter now by registering your pregnancy on the Mama-To-be Wishlist, take part in the social media challenges hosted weekly on the MamaMagic pages and you could stand a chance to win a pregnancy starter pack worth over R80 000. Head over and register your pregnancy now on registry.mamamagic.co.za for more info! @mamamagicsa @pampers_za #momlife #expectingsoon #babyonboard @modernmommyblog #mothertobe #Ad #maternitystyle #MamaMagic #PampersPremiumCare

Minnie Dlamini-Jones broke the news on social media, dressed in a traditional outfit and showing her baby bump.
TshisaLIVE
1 year ago

Cici is giving us flames with these pregnancy looks

Sis, is outchea with these looks, hey!
TshisaLIVE
1 year ago