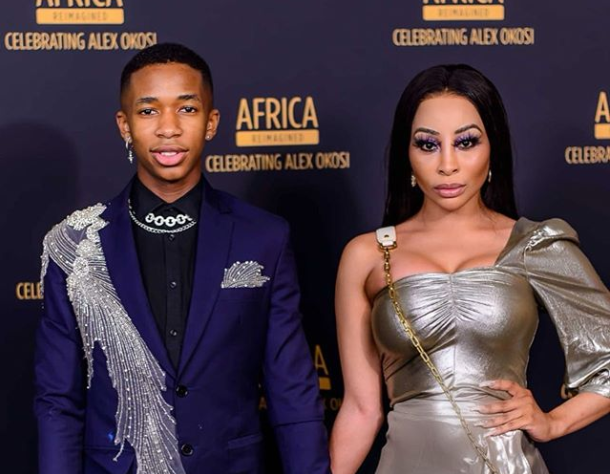 Lasizwe and Khanyi are grieving the death of their father, Menzi Mcunu.
Image: Instagram/Lasizwe

TV personalities Khanyi Mbau and Lasizwe Dambuza are grieving the death of their father, Menzi Mcunu.

The pair announced the news on their social media accounts on Sunday.

Khanyi shared a picture of herself and her father, which she simply captioned: “Rest in peace dad.”

Here are three times Khanyi and Lasizwe opened up about their father:

The YouTube star said the death of his father is a sad reminder of the fact that he is now orphaned.

“My last alive parent, my dad has passed on. I am numb and so confused! I am shattered! First my mom, now my dad,” his post read in part.

Lasizwe said that his dad accepted him and loved him in a birthday tribute.

My last alive parent, my dad has passed on. I am numb and so confused! I am shattered!! first my mom now my dad!

I don’t know how to feel!!! Like how does one say “ My parents are deceased! “ like I don’t have no parents no more. Like they dead! pic.twitter.com/EUNz5qDivM

In an interview with Real Talk, Khanyi said she saw her father often when she was growing up, even though her parents were not married.

She said her family never allowed him inside the house because he had not paid "the damages", which is required in the Zulu tradition for children born out of wedlock, so he would wait for her in his car outside her house.

“The family did not allow him in, but he always came to see me - like a boyfriend. He would park his car outside and sit next to him in the left seat. He would bring me ice cream, toys, sit with me for like two hours and then drive away.”

She said her father, who was a taxi owner, introduced her to money.

“I was allowed to visit my dad over the holidays. Whenever the taxis were done working for the day, he would let us count the money. He felt that as a young child if you're surrounded by money, you will understand it - it will get used to you, you will get used to it,” she said.

In a candid interview with Mac G, Khanyi said her father always encouraged and pushed her to be her best.

"I've always aimed for the best because I am the best. It comes from my dad. He is Zulu and he is unimpressed by everything. I could bring my car and he'll still say, 'Yeah, but it's not a 2020.' I'd invite him to school and he'd say, 'Yeah, but that girl got 8 and you have 5 trophies.'

"It was always 'aim for the best or don't come home'."

Lasizwe and Khanyi Mbau heartbroken by their father’s death

"All I ever wanted was to be just like you," said Khanyi Mbau.
TshisaLIVE
1 year ago

'The country was running perfectly fine before the lockdown. Now people are going overboard.'
TshisaLIVE
1 year ago

"I pray I find some healing because that man really tore my heart into pieces from a tender age!" Lasizwe said
TshisaLIVE
1 year ago