“Due to these allegations, Mrs Murray had undergone a medical test to confirm that she has no sexually transmitted disease,” said her legal team. 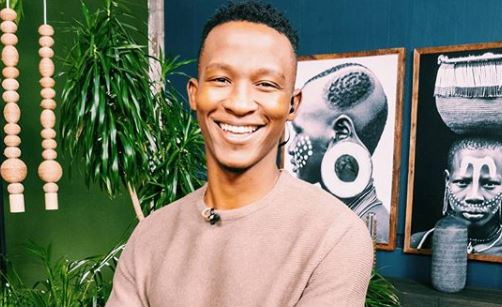 Nikita Murray speaks out about the Katlego Maboe cheating scandal.
Image: Katlego Maboe/ Instagram
Nikita Murray's legal team has come out to set the record straight after she was implicated by TV personality Katlego Maboe in a viral “cheating” scandal video.
Over the past few weeks, Katlego and his wife, Monique Muller, have made headlines across the country after the video, in which Katlego could be heard admitting to cheating went viral on social media.

In the video, Katlego implicated Nikita as the woman he had allegedly cheated with, while Monique alleged that she had contracted an STD, alluding to Katlego's cheating.

Nikita's lawyer, Vincent Bergh of Liquor Law and Business Consultants, issued a statement to TshisaLIVE on her and her husband, Matthew's behalf, labelling the viral video “malicious”.

“Our clients are very perturbed about the wild allegations flying around in the media, involving Mrs Murray and her family.”

The statement went on to add that Nikita had since undergone a medical test, which confirmed she has no STD.

“Due to these allegations, Mrs Murray had undergone a medical test to confirm that she has no sexually transmitted disease. The claims by Mr Maboe that Mrs Murray was the cause of him contracting the STD as accused of by the person who made the video, is therefore irresponsible and impossible.”

Nikita's lawyers reiterated that she and her husband have had to deal with damage the “malicious video” caused.

“We want to reiterate that our clients are happily married and they have dealt with the effects of this malicious video in private. Their marriage is stronger than before.

“They want to thank all their family and friends and the public who had supported them during these trying times.”

The viral video also cast the spotlight on abuse allegations levelled against Katlego by Monique, which he denied through a media statement.

In light of the cheating scandal and abuse allegations, Espresso Morning Show pulled Katlego off air pending the outcome of an investigation. OUTsurance, which Katlego was the face of, also took the decision to pull all adverts featuring him until further notice.

At the time, for legal reasons, the Western Cape Police Service (SAPS) could not say whether a case involving Katlego and Monique had been opened.

“Kindly be advised that the identity of a complaint in a criminal case cannot be disclosed once the individual has made an appearance in a court of law. Notwithstanding the above, please be advised that this office can confirm that a contravention of a protection order case has been reported at Sea Point police station. The case docket has been referred to the senior state prosecutor and a decision is awaited,” read a statement from Col Andre Taut.

The NPA confirmed to TshisaLIVE that Katlego and Monique were due to appear in court on November 3, however proceedings were in camera.

OUTsurance has paid Katlego Maboe his full compensation for the campaigns in which he has featured.
TshisaLIVE
1 year ago

He was Tamaryn Green’s biggest supporter, flying to Thailand to raise the South African flag in the audience when the 2018 Miss SA competed in the ...
Lifestyle
2 years ago