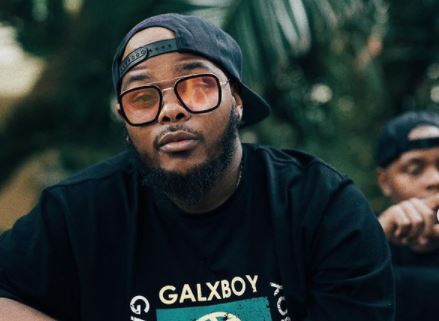 While the aim is to still keep it moving as an artist in the entertainment industry, one half of the Major League DJz, Banele Mbere, has spoken out about the importance of being taken seriously by the government as a sector and staying sane during the pandemic.

With a lot of artists trying to stay afloat financially and stay relevant with the times, the hip-hop artist, now turned amapiano DJ, shared his ongoing hardships as an artist in SA.

In an interview with TshisaLIVE, Banele said, “Being an artist during a pandemic sucks, I won't lie. With a lot of African countries closing down, one can't travel or gig – now we have to go back to all our online stuff, which isn't ideal for us at the moment.”

While he's frustrated at not being able to perform live to the masses due to public places and gigs being banned, Banele expressed that the feeling of playing a set online wasn't the same.

When asked whether he stands with artists who have started a petition to have the sport, arts and culture minister Nathi Mthethwa removed from office due to his alleged inability to deal with how Covid-19 has affected the sector, the amapiano hitmaker said he believed the minister should be given a chance to do better.

“I think he shouldn't step down ... but when it comes to how he's been dealing with the entertainment and hospitality sector, I think he can do much better. I think a lot of people in the country are into entertainment.

He went on and expressed that not all musicians were as lucky as them [Major League DJz], who were able to afford cameras that help them with their live performances.

“Provide things, provide solutions for people in the arts and music industry.”

With the pandemic causing so much pain in the industry, Banele lifted the lid on what keeps him sane, taking notes as to how people overseas are still being creative

“What keeps me sane is watching what African artists are doing overseas, like Burna Boy, who are breaking barriers through the pandemic and just watching international things happen ... how people still create. Also staying on the internet and how to come up with different plans and other revenue streams besides music.”

Mihlali stunts in Thailand & tops the Twitter trends list...here's why!

CAUTION: The snap everyone is losing their minds over... might leave you thirsty
TshisaLIVE
2 years ago

Major League DJz complain about no support from government

After numerous successful concerts, Major League DJz has some strong views about the lack of support from government towards musicians.
TshisaLIVE
3 years ago

Popular DJs Major League has described relocating from the States to SA as kids as a culture shock and a struggle to fit in, explaining that it is ...
TshisaLIVE
4 years ago