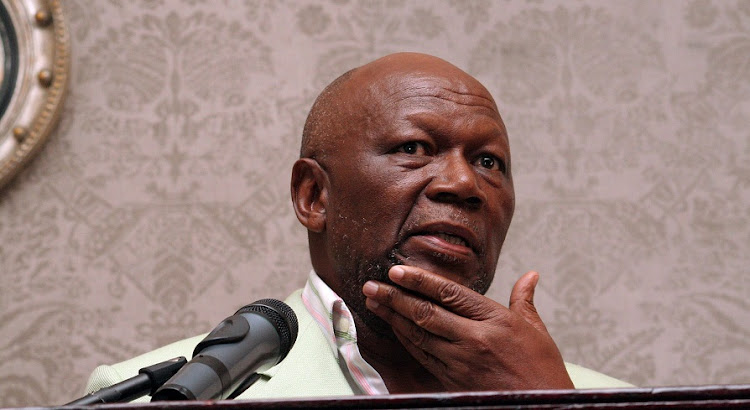 Former Generations actress Winnie Ntshaba has hit back at criticism of the show’s creator Mfundi Vundla, telling followers “life goes on” after the infamous mass firing of cast members several years ago.

In 2014, 16 actors, including the late Menzi Ngubane, were dismissed after they embarked on a strike and refused to return to work. The actors demanded better salaries, an extension of their contracts and royalties from episodes which had been rebroadcast.

On Thursday, shortly after those close to Menzi gathered to celebrate his life, Mfundi was listed among those who had provided support and resources for Menzi’s memorial service in Johannesburg.

When one follower shared her surprise about Mfundi’s contribution, Winnie shrugged off any controversy.

“Life goes on,” she told the follower, agreeing with another user who said “people disagree, fight and move on”.

Mfundi and Menzi worked together for more than 10 years on several productions, including Generations and the 2011 film How to Steal 2 Million.

After Menzi’s death on March 13, Mfundi told TshisaLIVE SA was left poorer without the star. His tribute was slammed on social media, with many blaming Mfundi for Menzi’s firing and labelling him a “hypocrite”.

Sello Maake Ka-Ncube: 'Menzi Ngubane’s death robbed us of a talent worthy of an Oscar'

"I would even compare him to Daniel Day-Lewis in his approach and commitment. He really was a sublime actor," Ka-Ncube said about the late actor ...
TshisaLIVE
4 months ago

'You were his reason to smile,' Menzi Ngubane's friends tell his wife at memorial service

Close friends and family of late acting legend Menzi Ngubane gathered on Thursday to celebrate the life of the revered actor.
TshisaLIVE
4 months ago

A memorial service in Menzi Ngubane's honour is under way.
TshisaLIVE
4 months ago