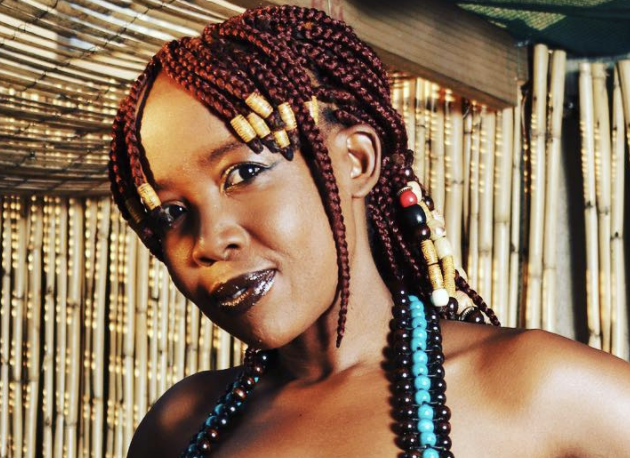 Poet and activist Ntsiki Mazwai has shown up for the fight against gender-based violence (GBV), joining in a campaign to empower women across the country.

As a Women For Change ambassador, Ntsiki has shared her thoughts on her vision on the liberation of women in SA as part of one of the organisation's latest campaigns. According to the Women For Change website, the campaign aims to create a safer society for women and connects ladies of all ages, shapes and sizes.

“As women we want to stand united to put an end to violence against women and children. Daily we hear news about attacks, women and children being violated in many ways: in their homes, on the streets and places of education. Even being outdoors in nature harbours a potential threat,” Ntsiki said.

In a video posted on Twitter, Ntsiki said being a woman no longer means being soft and fragile but powerful.

“Being a woman used to mean being soft and nurturing and caring and fragile. But right now it means being strong, and powerful and claiming my space. Women in SA are not safe, so we have to look after each other.”

"The change I want to see right now, is to see women claiming their power and stepping into their bodies and owning them, and not feeling shame or fear." @ntsikimazwai#WCW to all powerful women who speak up. Let's be a voice for every woman. #womenforchange #believeher pic.twitter.com/S7epCHE3LT

The poet also went on to assert that she thoroughly supports women and hopes to see them reclaim their power.

Ntsiki declined to comment when TshisaLIVE approached her for additional information on her involvement in the campaign and Women for Change had not responded to TshisaLIVE enquiries at the time of publishing.

Ntsiki is known for speaking out about rape culture. Earlier this year, the star explained why she believes all victims who come forward with their stories.

“I believe all victims because I’d rather be wrong than subject someone to secondary victimisation after being raped,” she tweeted.

Ntsiki Mazwai on stars having a ‘Beyoncé’ complex: No one is better than anyone else

"Don't believe the hype, you're as powerful as the media made you," said Ntsiki.
TshisaLIVE
11 months ago

Ntsiki Mazwai says ‘selling weaves is no different to selling drugs’, and tweeps weigh in

Ntsiki has taken shots at celebrities who have alcohol and hair businesses.
TshisaLIVE
11 months ago

Ntsiki asked her followers to 'wake up' when it comes to drinking culture.
TshisaLIVE
11 months ago