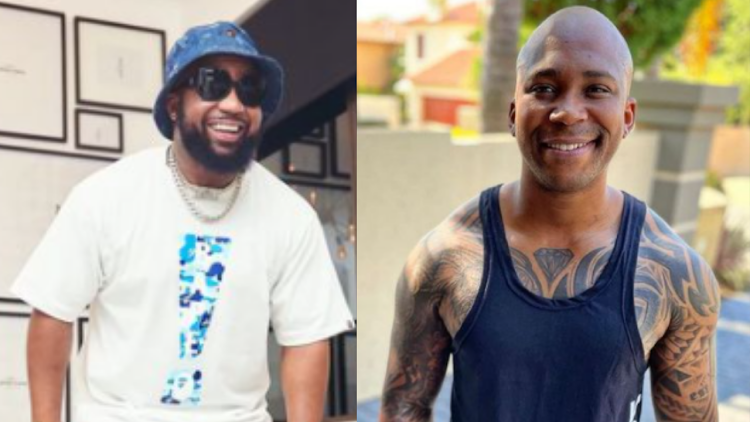 Cassper Nyovest is anticipating his boxing match against musician and actor Anga “NaakMusiQ” Makubalo on April 8 in Sun City.

For weeks, the stars have been sharing their training sessions in preparation of the fight, and Cassper seemed confident he would knock out his opponent.

The rapper took to his Instagram to being his countdown towards the boxing match.

“Four weeks until we put on a show. Shut down all the non-believers. Can't wait to hear the excuses,” he wrote.

Take a look at the video below:

Mzansi has been reacting to their training videos and predicting who they think will be crowned the winner.

DJ Switch was among those saying he was unimpressed with NaakMusiQ's boxing skills.

“Lol @NaakMusiQ bros are you modelling or acting for a role? Which one is it? You not even sweating my man.” he said.

Lol @NaakMusiQ bros are you modeling or acting for a role which one is it you not even sweating my man #cassvsnaak @casspernyovest pic.twitter.com/FfMBDZzoQi

This is not Cassper's first boxing match. In December 2021, the rapper won against controversial YouTuber Slik Talk in a fight they dubbed Fame vs Clout.

The rapper had been itching to put his hands on Slik Talk as he was upset with the many jabs he had taken at several celebrities, including Cassper, on his channel, but said he gained respect for the YouTuber for being brave enough to fight him.

“So it's set in stone. Not the fight I wanted to start with, but at least dude had the b**s to back up his words, unlike all the guys who ran their mouth and then ran away.

“I have a little bit of respect for him for taking the fight, but I am going to knock him out. #FameVsClout,” Cassper said.

Cassper Nyovest says he's definitely winning the celebrity boxing match against NaakMusiq based on the footage.
TshisaLIVE
6 months ago

The fight, which starts at 9pm, will be broadcast on YouTube.
TshisaLIVE
7 months ago