'Where do you get the audacity to say things like this?' — Uncle Waffles slams rumours about her sexuality 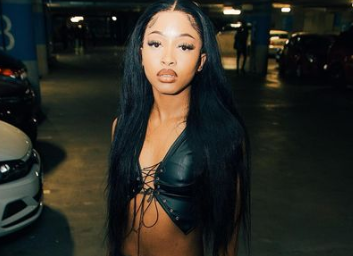 Uncle Waffles has again defended herself against rumours that she is transgender, saying social media has left people feeling "entitled".

The amapiano DJ took to her Instagram stories to address the matter after pictures of her and her dancers at the Cotton Fest sparked rumours about her sexuality,

"When do you guys step back and evaluate? Why do you think conversations like these or saying things like these to strangers is normal? Social media has really made you all feel so entitled to s**t. Let's respect each other."

She said people were taking advantage of celebs choosing to stay silent.

"You all are used to public figures having to keep quiet and be the bigger person and that being considered some sort of "maturity". That's made people on social media get away with being s**t individuals.

"Where do you get the audacity to say things like this? Then go on and show your transphobia through it? I don't usually say anything, but now a whole community is getting affected. Please, it's important to learn when you're overstepping." 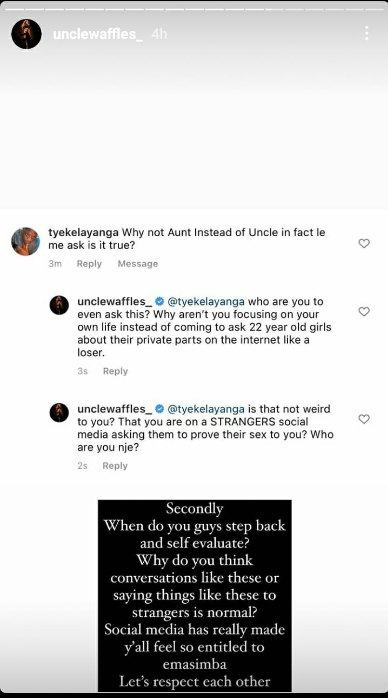 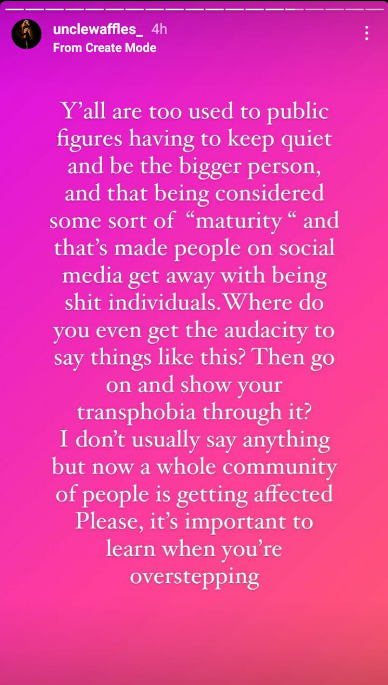 'You guys are so weird' — Uncle Waffles reacts to transgender rumours

"You can’t always have something to say. I’m a proud ally of the trans community, always have been," she tweeted
TshisaLIVE
2 months ago

"At this point, Drake should come to SA and talk to Uncle Waffles, it's clear he really likes her," said one tweep.
TshisaLIVE
2 months ago

"I wish and hope Drake signs her to OVO. That would be so dope to see," said Cassper
TshisaLIVE
2 months ago

"Thank you for the overwhelming love and well wishes sent my way for my birthday."
TshisaLIVE
2 months ago