Siyabonga ‘Sdumo’ Zubane's life to be celebrated at memorial service 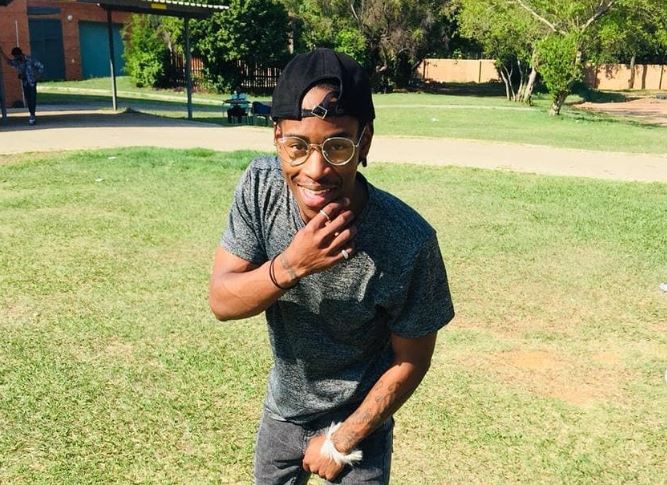 Memorial and funeral details for the late Siyabonga Zubane have been announced, while news has come to light that his death is under investigation.

The 23-year-old, popularly known for his role on Mzansi Magic's series Gomora as Sdumo, died on May 1.

Close friends and students at Tshwane University of Technology held a memorial at the arts campus to celebrate his life on Wednesday.

“We shared most of the things together, food, clothes, personal space and secrets. He was an outstanding performer, a great listener. A short boy who always smiled. I have witnessed a lot of his dancing cause we were both passionate about it,” his close friend Hizel (StarBoy) Masemola, who's known the actor since 2018 when they first met at TUT arts campus, told TshisaLIVE.

Another memorial service is set to take place at the Joburg Theatre on Thursday and the actor will be laid to rest at Klipfontein community Hall on Sunday.

Fans and friends will be able to attend the funeral virtually. 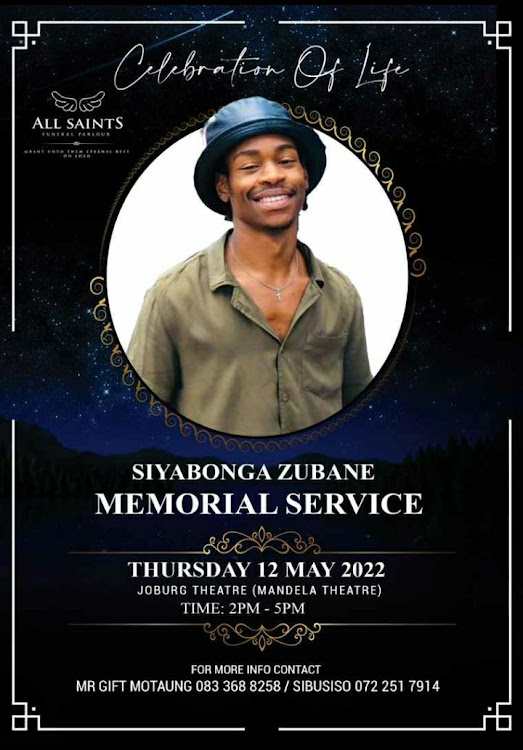 While details surrounding his death have not yet been disclosed, and its been speculated on social media that he took his own life, a source commented who wished to remain anonymous said Siyabonga's death was under investigation.

“His death is still under investigation by the forensics and police. We don't know why but the pathologists still have to tell us. The BI [death report] says under investigation ... It's an open case now, they have to investigate what really happened,” said the source.

Siyabonga's first blast into the entertainment industry was in 2017 when he did a stint on Mzansi Magic's Isibaya playing the role of Bhungezi.

The actor went on to play Sdumo, is his last on-screen offering.

The 'Gomora' actor died on Saturday, aged 23.
TshisaLIVE
3 weeks ago

"I refuse to accept that this charismatic, sweet-talking, naturally gifted young man truly has departed this world. How? Why? It doesn’t make sense."
TshisaLIVE
2 weeks ago

"Your contribution to the television industry will forever be treasured."
TshisaLIVE
3 weeks ago