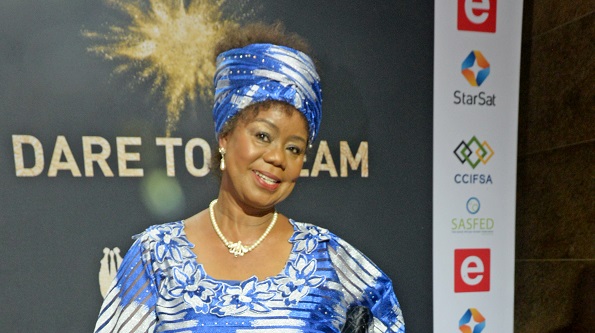 Congratulations are in order for actress Thembi Mtshali-Jones, who was recently awarded with an honorary doctorate from the Durban University of Technology.

Thembi was conferred an honorary Doctor of Philosophy in Visual and Performing Arts earlier this month and took to social media recently to share her delight.

"I am so humbled by all the people who have been posting this milestone of mine and congratulating me. My journey has been long, one that has been filled with many challenges and achievements. This one is even sweeter because I have received it from my hometown," she wrote.

Thembi recalled her journey in the entertainment industry, speaking about how grateful she is to have been able to pursue her passion for the past five decades.

"I accept this not only on my behalf, but also on behalf of many of my peers who have passed on before having the opportunity to be celebrated.

"I started my career in the early 1970s and I had no idea that even after five decades I would still be standing strong and still doing what I love. Again, I would like to take this opportunity to say thank you to everyone who has been and still are a part of my journey."

WATCH | The trailer of 'Goodbye Gogo', film with Minnie Dlamini and hubby Quinton as executive producers

The couple also co-wrote the original story.
TshisaLIVE
11 months ago

Thembi Mtshali has a career spanning over two decades!
TshisaLIVE
3 years ago